How to Use Propellerhead Reason 4′s Spider Audio Merger & Splitter

Tucked away in the Reason device list is the Spider Audio Merger & Splitter, a small utility device that is infinitely useful to any Reason user. But it often lies dormant even when it could be useful, because very few users of the software actually know what the Spider Audio device does. In this tutorial, we’ll show you how to use this simple but powerful device.

There are many practical reasons to use a device like this. You might want to save mixer channels by grouping a few signals onto one fader. You might want to split a mono sound into a stereo one and have different effects on the left and right signals. The list goes on.

It helps to be familiar with routing in Reason 4 before you use these devices — absolutely everything you do with them occurs around the back of the rack.

Setting Up Your Project

To begin with, open a new project in Reason which should have a mixer, mastering suite and hardware interface by default. Add two sound modules (I’ve added a Thor and a Malstrom) and a Spider Audio Merger & Splitter. Your project will look just like this: 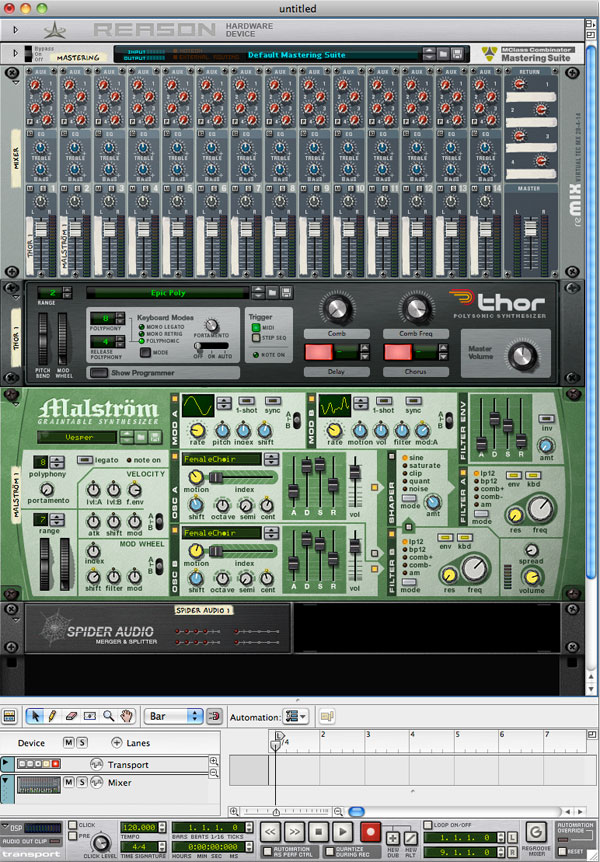 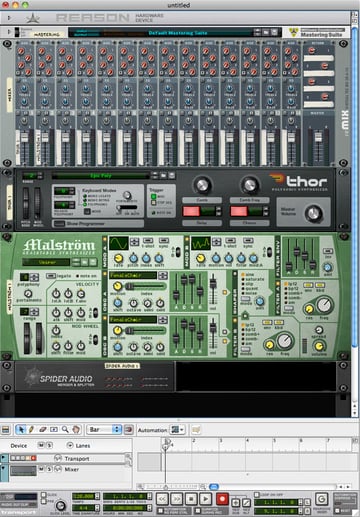 We’re going to use the same Spider device to practice merging and splitting. Throw two effect devices on the rack — hold Shift while you’re creating them so they don’t get auto-routed. I’ve gone for a reverb unit and a delay unit.

Press Tab to flip around the back of Reason. At the moment the effect devices can be safely ignored, and you should see a rack backend that looks just like this: 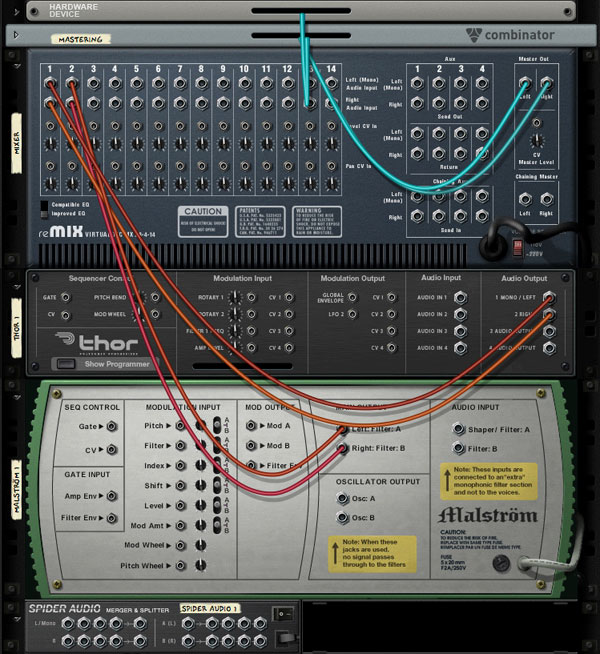 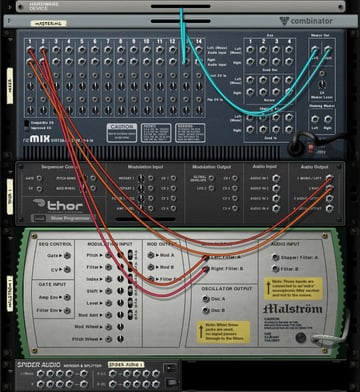 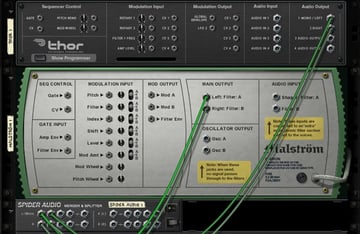 Every time a signal is generated by one of these devices, it’ll be sent to the Spider Audio and turn into a single signal. If you want to find out what this sounds like, put some notation on each track, and drag the outputs of the merger to mixer channel one. The outputs are the two ports connected to the merger ports by arrows:

If you need to balance levels between the signals in one Spider merge, you’ll need to do it by tweaking the output of each device itself, instead of using each mixer channel as you normally would.

You can route the output of any device (even a mono device by using the Left port) into the splitter and then route the outgoing signals using the ports right of the arrows, but in this case we’re going to do something more interesting: we’re going to take the merged signal we just created and split it. Disconnect the merger outputs from the mixer you used to test the sound before, and send it to the input of the splitter:

We can now take the first set of outputs and connect it to the Reverb unit, and the second set of outputs can be hooked up to the delay. If you’re using the same effects as I am, note that the delay won’t auto-route your stereo signals so remember to manually connect the right signal as well.

What we’ve got now is a very messy looking backend:

There are cords going everywhere, and hopefully you can make out enough detail there to troubleshoot any problems you might be having at this stage!

You won’t be hearing a thing at this stage. We still need to route the outputs from the effect units. Hook the first device up to mixer channel one and the second device to mixer channel two (hopefully you can make everything out in this image — it would be great if Propellerhead found a way to retain the realistic design style while infusing some clarity in future versions of the software): 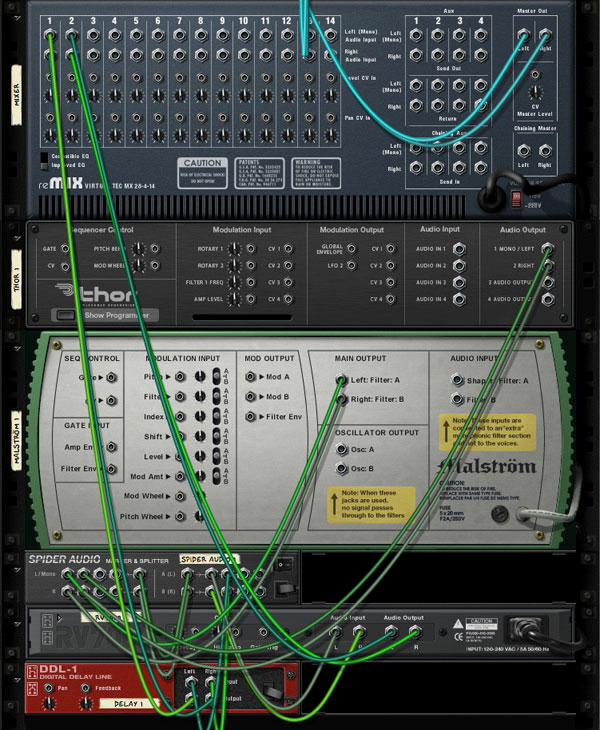 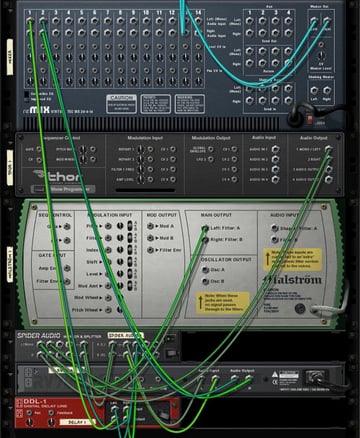 Press Tab to flip the rack back around. One reason to split an audio signal is to provide different effects for left and right signals, so pan one hard left and one hard right:

You can use aux effects for this process as well — simply set up send/return effects on your mixer (this tutorial shows you how) and send the split signals straight to mixer channels.

Congratulations! You’ve just merged your first audio signal, and subsequently split it up again, effected different parts of it, and then re-united them as one sound with contrasting effects on each side of the stereo spectrum. Not too shabby for twenty minutes worth of work. I wouldn’t use the setup I’ve used to teach you how to work with the Spider Audio in a production setting, but you should definitely know your way around one of Reason’s most neglected and deceptively simple devices and be able to come up with hundreds, if not thousands, of interesting and insane effects.

Or, you could just make the mixing process a little bit simpler. It’s up to you.

Mixing & MasteringPropellerhead ReasonReason
Did you find this post useful?
Yes No
Would you like to provide feedback (optional)?
Cancel Submit
Want a weekly email summary?
Subscribe below and we’ll send you a weekly email summary of all new Music & Audio tutorials. Never miss out on learning about the next big thing.
Sign up