How to Work Out Songs by Ear, Part 3 – Basix

This is the third and final instalment in a series of articles that aim to get you started on the road to playing your favourite music by ear.

Back in Part 1, we looked at why learning music by ear is a worthwhile exercise, and I sent you away with some active listening techniques and an example song to get you started. In Part 2, we looked at how a little research can help us along, and got started on using various techniques to make educated guesses about chord voicings.

In this final part, we’ll refine and expand our work from Part 2, and move on to look at some ways to start unpicking solos and melody lines. As before, no theory knowledge is required! 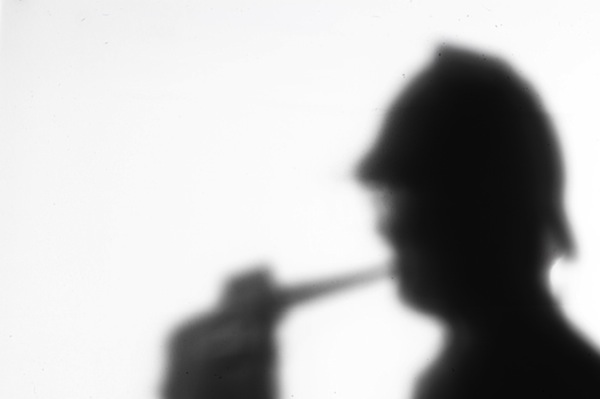 The idea with parts 1 and 2 of this series was to illustrate the key tasks involved in working out music by ear, namely:

Those three tasks might sound all too obvious: of course you need to listen to the song, and naturally you need to make guesses as to what’s going on. The point I’m anxious you don’t miss is that it’s attention to detail in these things that’s important.

Let me pull an example from my excess exposure to TV over the festive season. In a Sherlock Holmes story, anyone will see that the ransom note is written in cut up newspaper. Holmes, though, will see which newspaper it came from, know what sort of person reads that paper, and guess that, to go to all that trouble in the first place, the sender must expect his handwriting to become known. We need to be that sharp!

So, building on that principle, it’s helpful to take a scientific approach to the process, trying possibilities and ruling out the impossible and unlikely until you arrive at something which is, in all probability, ninety-odd percent right.

As you work through your possibilities for a passage in a song, pay attention not only to whether what you’re playing sounds right, but also to whether it makes sense from a physical standpoint, e.g., if a chord change seems too uncomfortable a jump to make smoothly, is there some other way to play either or both of the chords that would eliminate the crazy jump?

Very often, especially with passages that are harmonically complex or fast and confusing, getting the “physics” right can be a quicker way to hitting the jackpot. It’s a fact that people’s hands tend to fall in certain ways on certain instruments, and guitarists in particular can be quite limited by the physical nature of the instrument, so getting a handle on where, physically, your hand would fall for a given passage is often a great clue.

Very often, you’ll have a eureka! moment when everything just seems to fall into place, and this is a good time to make notes if you need to, or even build up a score with transcription software, and to keep referring back to the song to check your progress.

I usually find that, with more complex songs, I’ll go through several “passes”. That is, I’ll start out with a version that’s more or less right and then, from time to time, I might be playing the track and suddenly realise that I have a chord slightly wrong or even, occasionally, I’ll hear some minor detail that makes me completely re-think my approach from the ground up. In other words, it always a work in progress, so expect to keep developing your version.

A good example of these ideas is the chorus of our target song, All Right Now by Free.

We know that we’re in A from the verse section but, here in the chorus, the chord sounds smaller and less dense. Listen closely to the timbre, and there’s clearly an open A string in there with fretted higher strings, and a characteristic “octave” sound.

So, working from that open A string, employing our idea of where a guitarist’s hands would go to get those sounds without any uncomfortable positions, I end up with the open A string, followed by a higher A note on the D string at the 7th fret, and the 5th of that note at the 9th fret on the G string.

Extending the principle further, we find that, by using neighbouring notes and moving the same shape down the fretboard a little, we begin to unravel the whole figure.

I’ll let you do the rest of the unraveling, but hopefully you begin to see how very simple ideas can help us to make what might seem like giant leaps, e.g., trying notes right next to the chord we’re playing uncovers some passing phrases, and simply sliding the current chord to a new position gives us the next chord in the progression.

Again, we know we’re using A. To put our detective hat on for a moment, we could say that, being a fairly simple blues-based classic rock song, we’re almost certainly going to be looking at major, minor and pentatonic scales, maybe with some “passing tones”.

A good way to start looking for the right notes is to play through the likely scales in the positions that the original artist would be likely to have gone for. Here for example, being in A, we might choose to concentrate our efforts around the A minor shapes centred around the A note at the 5th fret, since the chorus part was played around there.

Sure enough, the A minor is producing the notes we need, so I’m going to let you do the rest of the work here!

I’m anxious not to spoon feed you here and, naturally, these are only basics. The precise process in this article probably won’t work if you’re trying to transcribe a Mahavishnu Orchestra piece, but the principles are the same.

The idea is to develop the rudimentary skills on simpler pieces. With practice, it becomes very quick work to establish a rough version of even quite complex songs and, as always, the more you expand your vocabulary with new chords and scales, the more experience and knowledge you have to draw on. So, practice, and have fun!