In Tune: Everything You Ever Wanted to Know About Guitar Tuning! - Basix

Getting and keeping your guitar in tune is so rudimentary that it barely merits talking about, right? Well, I’m not so sure. Despite, or maybe even because, of easy access to digital tuners, it seems that an awful lot of guitar players haven’t quite got to grips with it. I can’t count the number of local bands and YouTube guitar show-and-tell videos I’ve seen featuring horribly out of tune guitars. I’ve even jammed with other musicians and had to point out that they’re out of tune, and once even had to physically tune their instrument for them!

So what does being in tune mean, and how do we achieve it? And should we be relying so heavily on digital tuning? As well as being an essential skill for making minor tuning adjustments on the fly, tuning by ear a great way to fine tune your ability to match tones by ear and recognise intervals.

In this tutorial, we’ll look at what being in tune means, and learn the dying art of keeping in tune by ear.

What Do We Mean by "In Tune" Anyway? 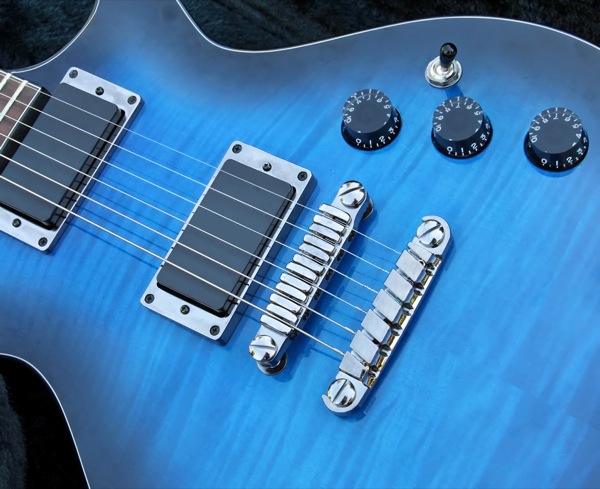 A normally tuned guitar (running EADGBE, low to high) is said to be tuned to "concert pitch", also referred to as A440 or A=440 Hz. If that sounds confusing, don't worry; all you need to know is that "A440" and its variants mean normal tuning!

Each successive string on our normally tuned guitar (working from low to high) produces a tone an interval of a perfect fourth higher than the last string (with one exception that we'll get to in a moment). A perfect fourth is equivalent to five semitones, and each successive fret along a string represents one semitone. So, what does this mean in plain language?

This means that the A string is a perfect 4th higher than the low E string, and the D string is a perfect 4th higher than the A string, and so on. To look at it in terms of semitones (or frets): if you move 5 frets up the low E string, the note produced should be the same as the next string down, namely the A string. This applies across the whole guitar until we reach the G string; the step from the G to the B string is one semitone, or one fret, less (a major 3rd), but it's back to a 4th again for the last step from the B to high E string.

A Quick Note About Middle C 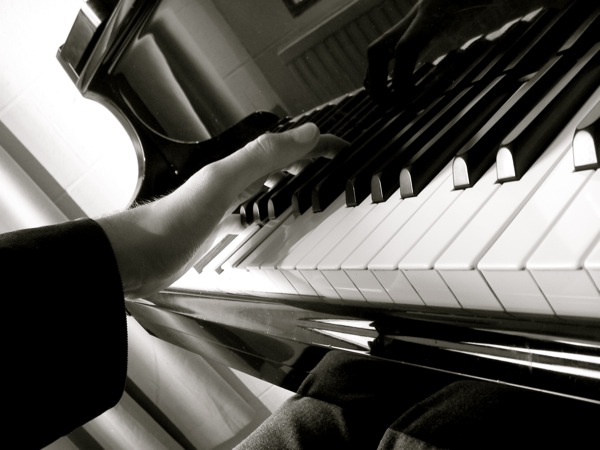 The issue of middle C on a guitar can lead to some confusion, so let's iron that out before we get into actually tuning up. Middle C on a standard 88 key piano is the 4th C note you'll come to as you move across the keyboard from the left side. For (hopefully) obvious reasons, it is also referred to as "C4".

All Right, Enough Theory! How Do I Get In Tune without a Digital Tuner?

There are, broadly speaking, 2 ways of tuning your guitar by ear:

...but they overlap somewhat.

Unless you have perfect pitch – i.e., you can correctly identify the precise pitch of a tone just by listening to it (making you roughly 1 person in 10) – then you will still need a reference pitch to use method 2 if you want your guitar to be in a specific tuning, such as concert pitch. On the other hand, if you're just noodling at home, it needn't matter if you're not tuned to concert pitch and, likewise, if you're jamming with other musicians, you only need to be in tune with each other, so for a quick and easy jam you can just use each other's instruments as a reference.

Whatever approach you're using, the principle is to tune one or more of your guitar strings until the sound produced matches that of an external source (piano, pitch fork, AC/DC record). Simple!

Tuning to an External Reference Pitch

To tune each string to an external reference pitch, you'll need some device which is capable of producing all of the required tones accurately. That could be a piano, an electric piano or keyboard, a set of pitch pipes, or any instrument capable of accurately producing individual notes.

If you're using pitch pipes, tuning up is a relatively simple matter of tuning each string to its corresponding pipe tone. A standard piano, on the other hand, has 88 keys; which ones do you need? Well that's easy… ish. First you need to locate middle C (C4) which, as you'll remember from earlier, is the 4th C note from the left on an 88 key piano. If, for some reason, you don't happen to have an 88 key grand piano lying around and are making do with an electronic keyboard, the exact position of middle C may be different for you. Fortunately, middle C is often marked on such instruments.

Remembering from earlier that middle C to a guitarist is an octave lower than it is to a pianist, you need to go down (or left, if you prefer) on the keyboard to the next C note (C3). Go down a little further to the A immediately below C3, and you will find a note which is equal to the A string of your guitar. Thus, the E below that A on the piano should be equal to the E on your guitar, the D above the A should be equal to your D string, and so on.

Tuning the Guitar Strings in Relation to Each Other

We can go one of two ways here: tune one string to a reference tone and tune the rest from that string, or do without the reference tone and just get it "close enough for the blues", as the saying goes. If you want to be sure your guitar is precisely in tune, say for a recording or performance, tuning without a reference isn’t ideal. For one thing, tuning the strings changes the tension on the guitar, which in turn affects the tuning, which is why you often need to go back and tune a string a couple of times before it seems "right".

So it's not a perfect science (tuning never is), but for day-to-day noodling and informal jams with friends and band mates, it'll do just fine. How to do it?

We've already touched on one way of doing it. You'll remember that, earlier in this article, I wrote about how the strings are all a perfect 4th apart, except the G and the B. Using this principle, we can get the whole guitar in tune in a few simple steps. If you want to tune a string to a reference tone then by all means do, but you can demonstrate the principle just the same whether you do that or not:

You Want More Options? We Got Options!

You may or may not be aware that guitar tuning is something of a compromise, since getting the whole instrument 100% perfectly in tune isn't physically possible. As a result, some chords sound more in tune than others and many players (myself included) are especially bothered by the G string always sounding ever so slightly wrong. In fact, it’s not too uncommon when recording guitars to tune a guitar slightly differently when recording different parts of the song, thus minimising the effect of the inherent compromises involved in guitar tuning.

Richard Lloyd, formerly of the hugely influential band Television and now a great guitar educator, discussed an interesting way to mitigate the problem:

Voila! Strum the guitar.  It should sound considerably more pleasing. If you are playing an acoustic or electric guitar by yourself this should work delightfully. If you are playing with other instruments it can take some real effort to find a harmoniousness between all the separate instruments, but I think that if you try this approach you will begin to get a taste of the difference between tuning to a machine and tuning to natural acoustic principles.

The full text, which I highly recommend you read (along with the rest of Richard's musings on the subject of guitar), is available at Richard's site.

Yes, that’s a lot of nerdiness for something so apparently simple, but you now have no excuse for getting it wrong! And remember that, by training your ear with all these old school methods, you won’t have to wait until you step on your tuner pedal to find out that you’re a semitone out from the rest of your band!