Last time, I covered everything you need to know to get you through the sound check of a live gig. This time I'm going to explain how to mix the show itself. I can't tell you how to mix (you should have a pretty good idea already, or no one will employ you to mix for them) but I can point out some pitfalls and pass on some tips.

The first thing is to know what the biggest sins are for front of house (FOH) mixers. The first is feedback. It's expected that a professional engineer mixing a big show will not at any point generate any kind of feedback. It's pretty hard to get your mics to feedback if the system has been set up right, but it is possible if you don't keep an eye on things. The most obvious places feedback creeps into the mix from are:

One of the other big sins is having too much sub. I love a wall of subs making the ground shake, but it's just not what's required for most acts. Get the bass to a sensible level and leave it there. Use high-pass filters to stop unwanted signals getting to the subs. Remember that the front row of the audience might be right in front of the subs and you'll make it a very unpleasant gig for them if you go mental with the amount of sub in the mix. Keep it sounding natural. A nice solid kick and bass, but nothing more than that. 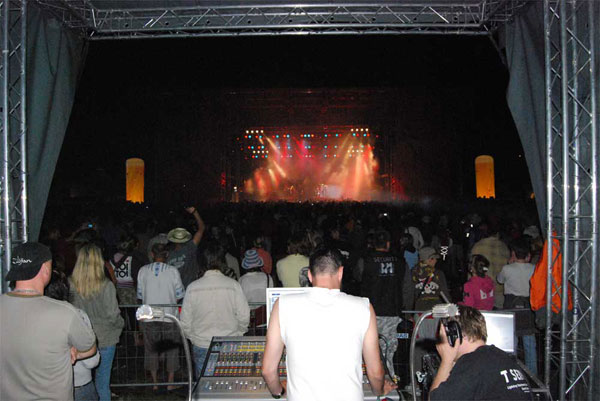 Another mix sin is not killing the FX returns between songs. When the band are talking to the audience between songs, they don't want all the reverb and delay returns left on. It sounds weird. Put all your FX returns on a VCA and mute it between songs.

One last sin to avoid is overloading the desk. Most amp racks will be protected by the system controllers, but the desk itself usually doesn't have that luxury, so if you overload it, it'll sound horrible. Avoid clipping the channels and keep an eye on the master Left and Right output meters. If you push the desk too hard it will start to sound a bit nasty and eventually it will make your mix sound like it's being crushed to death. If you keep going it might just crap out on you, and you really don't want that.

Hopefully, the baby sitter from the PA company will stop you from getting into this mess, but they do sometimes go for a coffee or something.

So, when it comes to the actual mix, it will be easier if you know the music, so hopefully you've done your research. Keep the vocal loud and proud. It's the most important element of most popular music. Make sure it's clear and sounds nice - a badly equalized vocal will be unpleasant to listen to. Trust your ears. Can you hear the words? Does it sound natural? Don't boost any EQ unless it's really necessary. Try cutting first; the low-mid is regular offender for vocals.

When the show starts, it's the vocal that you should make sure sits right first. Move quickly on to the drums and bass and get them sitting right. One you've got the vocals and rhythm section sorted, slotting in the guitars, keys and backing vocals is much easier.

And that's pretty much it. A few final tips:

Always mute up when the gig is done. It's not fair to pass the desk to the next engineer with everything open. The stage guys might unplug something and then there will be a huge bang which won't be nice. Also, if there is another act on right after you, leave the EQ settings where they are. The next engineer might want to use them, especially if you did a good job.

Finally, say goodbye to the babysitter engineer, shake his hand and thank him for his help. You never know when you might bump into him again and it's nice to show your appreciation. Wish the engineer good luck and head back stage. I always make a point of speaking to the artist and asking them how they enjoyed the show. The people on stage can rarely hear your work out front, but it's good etiquette and it shows you care about the whole production, not just your mix. 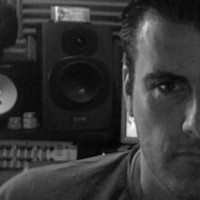