Now Reason 6.5 has been with a us a for a little while and the rack extensions store is fully operational, I thought I’d take a look at a classic Korg soft synth that’s been welcomed into the Propellerhead collective, the Polysix.

The Polysix has come a long way since it’s original hardware form and continues to be a firm favourite of mine as a VST and AU plug-in. Now we have access to this great instrument from right within Reason. Let’s take a look at it’s best features for sound creation…

After heading to the new Rack Extensions section of the Props store, I successfully downloaded and installed the new Polysix. When up and running the first thing I did was to strip the default patch down to a more simple single saw wave based sound. This gives us the perfect starting point for constructing a slightly more complex patch based around the Polysix arpeggiator and Unison features. 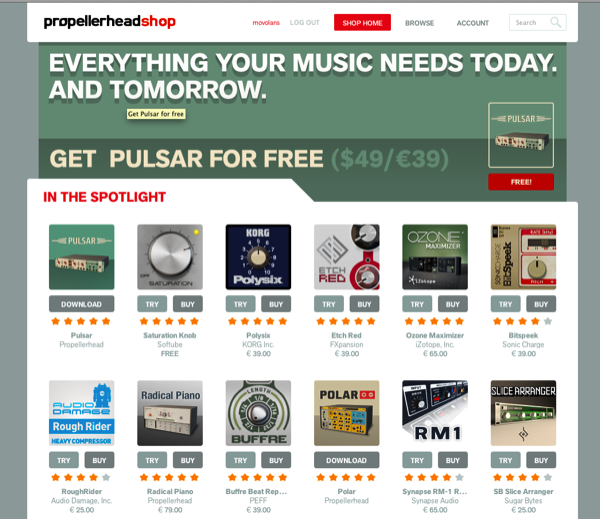 Next up I played a few chords with this basic patch. I ensured that the polyphony was set high enough to handle this but at this point there was no effects, modulation or routings of any kind. This is about as simple as it gets!

The new Polysix with my basic patch in place

My polyphonic patch and sequence plays back

To add some movement to proceedings I headed straight for the arpeggiator section. The Polysix has an awesome arpeggiator that is extremely easy to use. The timing is tight as well and this remains to be the fact since it has been integrated into Reason.

I used the arpeggiator in up mode with the two octave setting. Notice that also used the key sync mode. This ensures that whenever a new key or chord is hit that the arpeggiator starts its pattern from the beginning, Usually this is more pleasing musically but you might want to experiment to see which mode you prefer.

The arpeggiator settings are in place

The Arpeggiator is fired up!

With the musical pattern in place it was time to start editing the sound and making it a touch more interesting. The first thing to do was to make the whole thing a little wider.

The Korg Polysix is famous for it’s Unison effect. This mode essentially doubles up voices, de-tunes them and spreads the whole thing across the stereo field producing a really wide, lush effect. Of course many synths have similar features but the Polysix seems to produce a really individual sound.

The Unison settings I used

As soon as the Unison was engaged the whole patch came to life and filled the stereo field nicely. I love have a pretty large stereo spread with a subtle de-tune amount. You might also want to play with the Analog control in this section which introduces random anomalies to the sound.

Step 4 - Some Modulation And Internal Effects

Next I moved the filter, added a touch of resonance. Once I started to tweak the cut off I knew that some envelope modulation was needed. One of the things that makes the Polysix so easy to use is the fact it only has one envelope for both the amp and filter.

With a decay based filter dialled in this could be easily used to effect the filter cutoff by increasing the filter env amount. I then assigned the cut off to the mod wheel and recorded some basic automation. This made the sound much more percussive and dynamic.

I also used the Polysix’s basic internal effects unit to add some ensemble (as if things wren’t wide enough already). This effects unit is capable of flangers, chorus and phasers. A nice touch but some delay would of been a great addition here. Not to worry though, Reason’s effects are perfect for the job!


The filter modulation in action

Step 5 - Finishing Up With Reason’s Effects

With the patch complete I was able to start thinking about using some of Reason’s effects processors to push the envelope. I started by using Scream 4 in tape mode, with a fair amount of drive. This added a nice easy saturation to the synth and complimented it perfectly. If you prefer something a bit edgier, try the tube setting here.

Effects from Reason’s selection are added

Reason’s effects beefing up our patch

Finally The Echo tape delay unit was used to add some analog style delay. This opened the sequence up and added an interesting groove. The whole thing was working nicely at this point.

The final set up

The sequence is lowered an octave and played with a loop

To demonstrate the loop in action I knocked it down and octave and paired it with a simple break from the Props library. All in all the Polysix behaved like the plug-in except a little snappier and without any glitches. If this is the way rack extensions are going I can't wait to see more!