I remember a drummer complaining to me once when he said, "I hate playing with piano players! Guitarists are just so much more rhythmic."

As a piano player, I was blown away Offended even. I always thought the piano was a very rhythmic instrument—after all, it's classified as a percussion instrument. I always tried to make my playing emulate the greats: Billy Joel, Elton John, Keith Green, etc.

While he was probably just blowing smoke, he did have a point: pianists too often don't get the groove.

When pianists—or anyone in the band—doesn't get the groove, the music just doesn't work. And that's particularly frustrating for the drummer.

In this tutorial I'll show you what groove is and how the drummer sets it up. In part two I'll show you how to lock a piano playing in with it. My aim is that if you take these concepts to heart, you won't have to face the same complaint from your drummer as I did.

As a pianist, you don't need to know everything about a drum set, but there are a few things you do need to know.

The kick drum gives a strong, solid sound that grounds the beat. It's easy to identify because it almost always plays on the first beat of each measure.

The snare drum gives a sound similar to hands clapping. It typically plays a response part to the kick drum. We call that the back beat ...more about that later.

The hi hat and ride cymbals have light sounds that sit more in the background of the beat and cover the beat's subdivisions.

These are the parts of a drum set that every drummer is going to have. Some drummers will have a lot more pieces, but these three pieces—kick drum, snare, and hi hat/ride—are always the core.

Therefore you need to be familiar with how they sound and tune your ears into them whenever you play with a drummer.

If you've ever taken lessons or a music class, you may already be familiar with the word beat. It's usually used to explain the meter of a song—for example, 4/4 where the quarter note gets one beat and there are four beats in a measure.

But when styles like rock, jazz, and hip hop came on the scene, rhythm became much more complex and central to how music sounds. Now, beat still refers to a song's meter, but has broadened a bit.

The beat is the rhythmic pulse of a song. It does for the song what an engine does for a car: it moves it forward.

All these things taken together—the meter, tempo, rhythm, beat, feel, emotional character—are typically referred to in shorthand as the groove.

The groove is absolutely central to the character of a song. And that's why it's crucial for everyone—including pianists—to get it before a song will work. Let's break it down a bit.

Breaking Down the Beat

Think of the beat as a fluid thing like breathing. There's exhalation and inhalation; presses and releases. There are strong beats and back beats.

The strong beats are typically played by the kick drum, almost always start on the first beat of the measure and are the moments in a measure that get the most emphasis.

The back beats are typically played by the snare drum and provide the exhale to the kick drum's inhale. They're the part of the beat with lesser emphasis than the strong beat.

Increasing the complexity, strong beats are now on one and three and back beats are still on two and four.

Strong beats are now on one, two-and, three and back beats are still on two and four.

Strong beats are now on one, three and back beats are on two, two-a, three-e, four.

If you want to take it a step further, play these beats yourself—stomp your foot for the kick drum parts and clap your hands for the snare drum parts. This will help you internalize the beat better.

Now for the subdivided beat. It may seem like an insignificant part, but the subdivisions can do more to communicate feel than the strong beats and back beats do. They're like the molecular level of the beat.

To truly understand a substance, you have to understand it at its most basic part. Here are the beats we did before, this time with the subdivision.

Listen to how much the sixteenth notes in the third example changed the feel. The part the subdivided beat plays in genres like jazz and blues show just how important it is.

Armed with this knowledge, try these steps:

After a little bit of practice of intentional listening, you won't even need to think about it. Feeling the groove will become second nature. Then it just becomes a matter of figuring out how to fit your piano playing into that groove, which I'll explain in the next part of this tutorial. 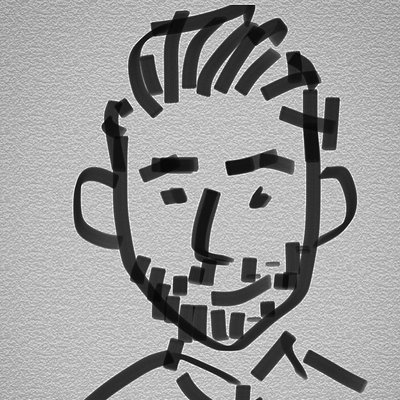 Zach Sprowls
Oklahoma City, OK
Zach is a pianist, songwriter/arranger, and worship leader based out of OKC. A lover of all kinds of music, he regularly arranges church music for choir and orchestra, plays keys in rock and country bands, and is currently writing a neo-classical album for piano and strings.
Weekly email summary