Having quick pitch bends on single notes, or having a sound slowly rise or fall in pitch can be an effective way to add richness to a song. Whether you'd like to use the pitch bend wheel on a MIDI controller, or draw in pitch bends with a mouse, this tutorial covers several techniques that take advantage of pitch modulation.

Step 1 - Single Notes In a Phrase

A common technique is to quickly bend the pitch of a single note within a phrase. For this step, we will explore how this technique can add something extra to a pattern. Here is our plucked string pattern without pitch bends.

Now I'll record a pitch bend using the pitch bend wheel on my MIDI controller. After trying a few things I recorded a short, upward bend on one of the notes near the end of the phrase. In FL Studio, you can choose to show automation instead of velocity in the lower frame of the piano roll, by right clicking on the gray space in the lower-left of the piano roll, or by selecting it from the drop-down menu on the top bar.

This view can be useful for seeing how automation relates to the timing of the notes, but for editing or creating automation in a pattern, it is better to use FL Studio's Event Editor because it gives you a separate window and allows you to make edits such as copy-paste without affecting the notes. You can edit the events or draw new ones in the Event Editor by right clicking on the parameter you want to automate, which in this case pitch knob in the Channel Settings window.

To make it easier I am going to cut the notes from this pattern and paste it into another pattern. This will not copy and paste the pitch automation, so the pitch bend and the note data will be in different patterns. 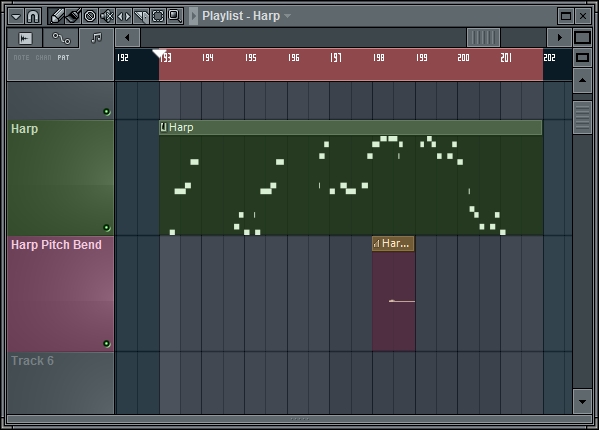 With the automation and the notes in separate patterns, we can have more freedom with the pitch bends. For example, we can have sections in the song where pitch bends don't occur but the notes do, and we could also have different types of pitch bend patterns throughout the song. It is also possible now to slice-up and rearrange pitch bend patterns without affecting the notes. But for this tutorial, let's do something simpler. Let's add another pitch bend to our pattern by cloning the automation clip and pasting it in another place of the timeline.

By holding the Alt key, we can drag the playlist clip freely, disabling the snap-to-grid, allowing us to more finely adjust the timing of the pitch bend. To get a different feel, I wanted to adjust this one so that the bend happens later in the note. The close-up image below shows how the pitch bend was shifted off the grid, to be in the middle of a note. You can hear how having two pitch bends makes the pattern more interesting and gives it a different feel. 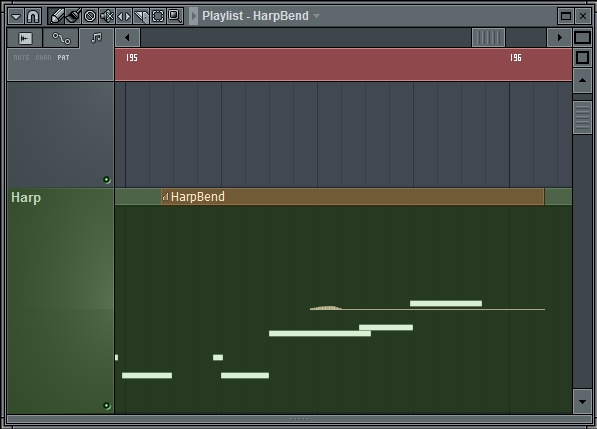 Finally, here is our pattern with a few more instruments to give an idea of what it might sound like in a song:

This technique works well with all types of plucked instruments and synths.

Here is a new pattern without pitch bends. For this example I want to show how to use pitch bends over a longer period of time. With longer bends, it's important to hear the context and be influenced by the beat of the track. In the audio example, it starts with the synth sound on its own to show which sound it is, and then the rest of the instruments come in.

It already has an LFO linked to the pitch, creating a vibrato effect. Let's add some more pitch modulation by recording pitch knob movements, or by drawing in automation.

It's subtle, but noticeable. To make it more dramatic, we could change the pitch bend range on either FL Studio's Channel Settings or on the plugin itself. Depending on the plugin, using one or the other may give different results: 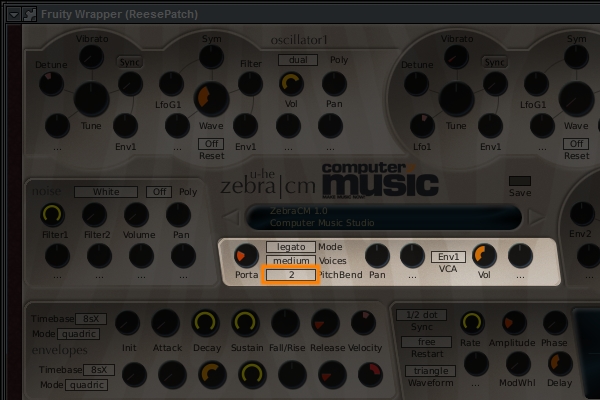 Now I want to show a longer example. Here is our new pattern without any further changes to the pitch.

With pitch automation, it sounds more interesting, but the sound is still taking over the track. 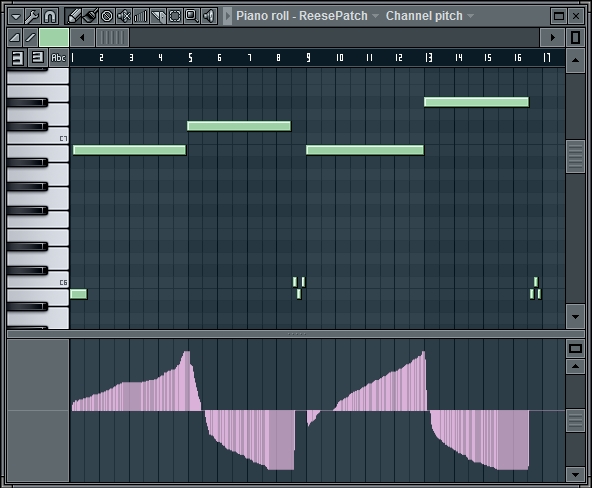 To fix this, I'm going to use a freeware gating effect called
Stormgate1. This will allow us to make quick mutes to the sound, an effect often called a Trance Gate. I'm starting with the preset called "gating faster" because it cycles through 4 pages, giving me 16 bars to work with. I made it so that the first two bars are quarter notes and the last two bars are eighth notes. In my pattern, the second eighth note is missing on the fourth bar.

Finally, To ensure that the gating effect only happens in this part of the song, we can make automation clips that turn the effect on and off.

In this example, we used pitch modulation to effect the pitch over a long period of time. This technique is often used in long sound effects like risers for creating tension before a drop or switch-up in the song's arrangement.

In this tutorial, we covered how to incorporate pitch bends into melodies in various ways. Of course, these aren't the only ways to use pitch modulation, for example, you can bend entire chords to get a broken mellotron-type sound or use it on a clean electric guitar sound to get a Hawaiin-style guitar. I hope you enjoyed this tutorial and will get great use out of pitch bends and modulation.