You just got a brand spanking new microphone and it is going to rock! You plug it in and the singer sings away and you go "Eww..." What happened?" Everyone had rave reviews about the mic but yet it just isn't doing it for you. Further more you had to crank the gain to get any volume out of the thing and you can almost hear hiss now cause the gains so high. Did you ever think the mic was facing the wrong way?

Generally speaking there are two things you must keep in mind when dealing with mic axis. The axis of the microphone itself and the axis relative to the sound source.

A little trickier to understand at first but if you stop and think for a moment it isn't all the bad. Just remember this, if your microphone's diaphragm is directly facing the sound source then the placement is On Axis.

Different manufacturers will use different schemes for identifying which direction is considered front and by relation which direction is back on the microphone. The most common method is for the company's logo to be on the same side as the side you speak into. This scheme is most commonly seen with large diaphragm condensers.

Another form of axis identification is the location of a polar pattern switch. If your switch is on one side but not the other then you generally should be speaking into the side with a switch.

Another less noticeable clue is how the pictures are presented on packaging, online, etc. If a microphone is On Axis then they generally have the microphone pictures facing up and down or "aiming" sideways at something. Off Axis microphones however tend to be facing you like you would be talking into them.

While these conventions generally make a lot of sense, some microphones still do not adhere to these schemes. Here are some examples that I have seen frequently get confused.

While very common in the studio, I have seen younger engineers mistake how to place these microphones. While the pictures tell you it is a On Axis microphone, the actual shape of the grills look close to an Off Axis microphone; especially on the 421 with the plastic band going over the top. 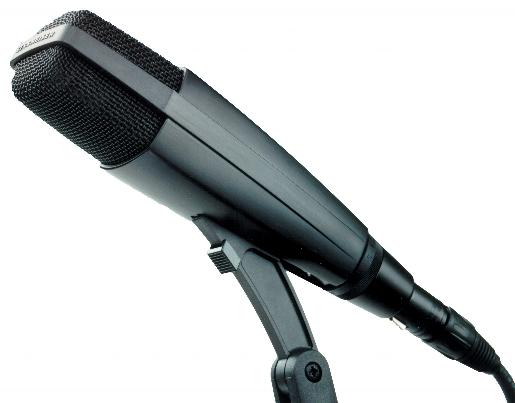 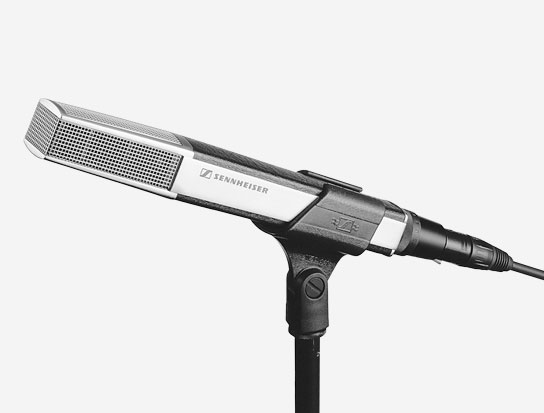 BLUE's Dragonfly microphone is one of the more unique looking microphones you will find in a studio. A feature of this mic is the ability for it to turn the capsule around to help aim it at a sound source. While this feature is handy, you still need to know which direction is forward so you don't have it backwards! While unarguably an Off Axis microphone, the only way to tell which direction is forward is by the little tab sticking out of the capsule housing. If the little tab is facing up then the front of the mic is facing away from where you mount the microphone to the stand. Have a look... 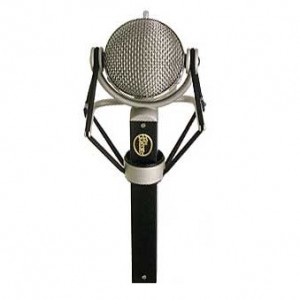 A very common kick drum microphone for inside kick placement, the D6 is a huge culprit of defying convention. Since most people understand and accept the "logo side is front" convention, they will instinctually aim the D6 logo side first. However, this microphone is in fact an On Axis microphone and should be aimed at a sound source from the top and not the side. If you look carefully at the top there is a grill on the top as well as the sides. 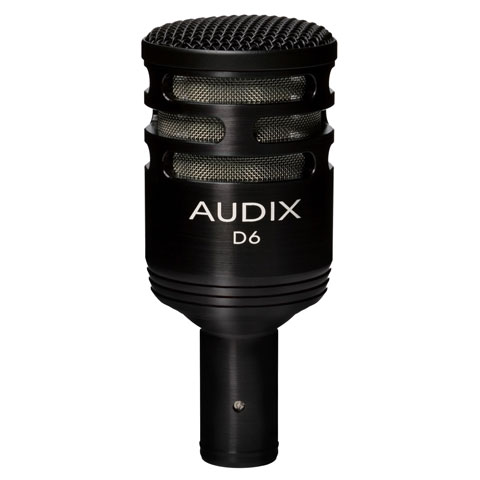 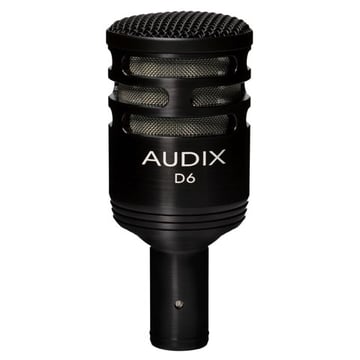 But Why Should I Care?

Because I told you to! Just kidding, but in all seriousness your sound will drastically change if you microphone is facing the wrong way. All the polar and frequency response charts you see are for when a microphone is aiming directly at a sound source. The more you are off of that the more change you will hear in your sound.

Some manufacturers include multiple graphs on the same chart so you can see how the mic reacts at different angles. If you need more convincing here is a D6 placed outside a kick first On Axis and then aimed 90 degrees Off Axis; the gain was never adjusted. 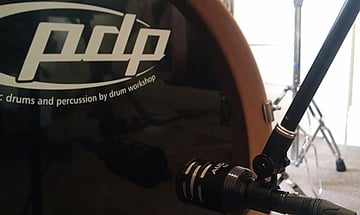 The On Axis sound is much heavier and louder while the Off Axis is quieter and lost a lot of the boom; remember more gain to compensate will mean more hiss. The reason the Off Axis might sound clearer is because essentially we were micing the ceiling! (and the snare ring was more prominent) In addition, the D6 is really meant to be an inside kick mic but it I placed it outside for pictures sake.

I hope you have learned something in this quick tip and will always make sure to check your axis! Take care!