So far we have looked at the equipment used, how to set it up and getting the space recorded. In part three we will now look at converting your expertly recorded audio into an Impulse Response. As an Impulse Response, you can import it into McDSP's Revolver plugin, thereby recreating the sound of the recorded space on any audio!

Previously, if like the example you were using a limited audio interface and dependant on what software you are using, you will need to reset your outputs and maybe drop your two mono audiofiles that you have recorded onto a stereo audio track.

Now we need to choose the 'Sweep Analyzer Stereo' from the Audiosuite menu.

Now it is simply a case of telling the Sweep Analyzer what the ORIGINAL signal was, and then what the RECORDED signal was. Essentially it will create a digital algorithm, which will (when loaded into Revolver) tell Revolver the characteristics of the space and how it should process any incoming sound. The difference between this and a standard digital reverb, is that we are creating the reverb algorithm used.

The process is a simple one: 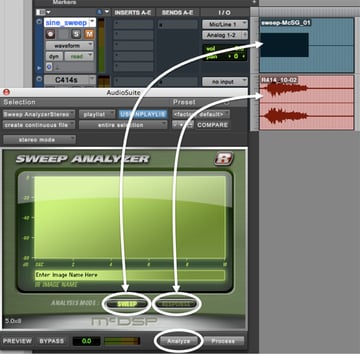 All you need do know is save your newly created Impulse Response however you deem appropriate. 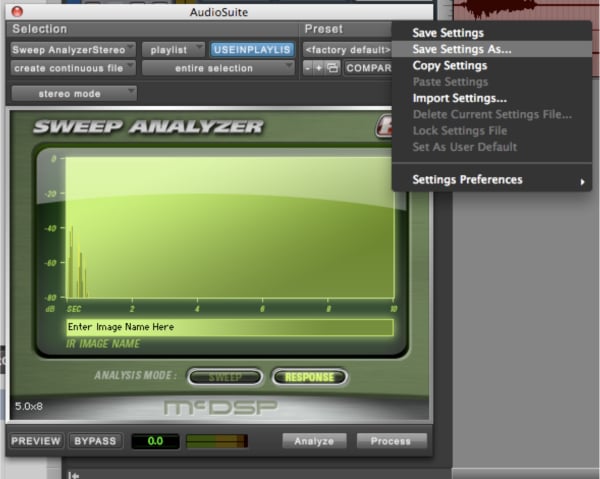 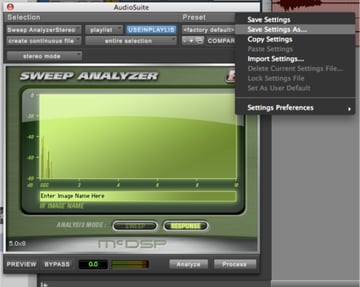 I have imaginatively called mine 'Carpark'. 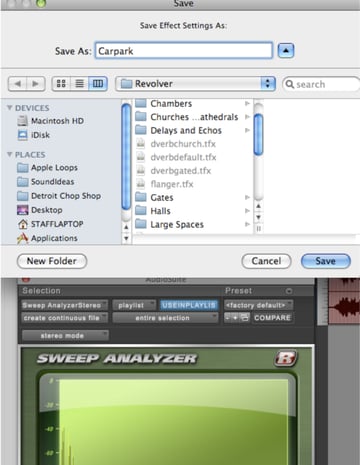 You may remember in part one of this three part series that I offered a snare drum recorded in the space as an example of how the carpark sounded. Now we can compare the the original snare drum that I recorded in the space, with the dry snare sample with our created Impulse Response on it, and determine how similar they are. First of all I will import the original snare sample and create a stereo aux track to place the Revolver plug in on. 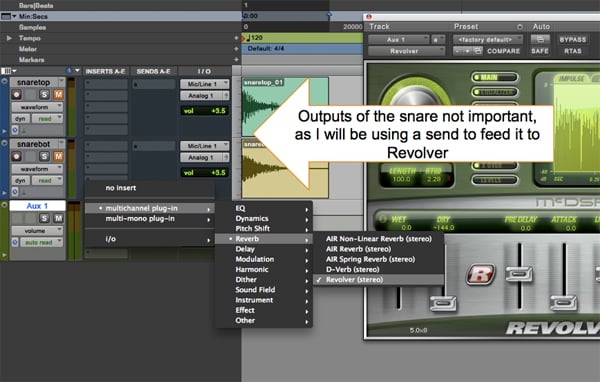 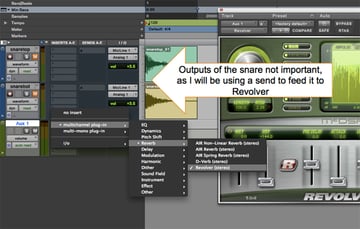 Below you can find the two audio files to compare. Note the signal to noise ratio of the original snare versus the artificial, and ignoring that, the similarity of the two reverbs.

Snare Sample recorded in the space.

Snare Sample through the Impulse Response we created.

Convolution Processing is a complex process and can be used for many things from band production to film post-production to forensics. If you take a few minutes and do a search through google you will find an abundance of information about it and about how you can implement Impulse Responses and create them, from simple methods through to vastly complex capturing (this tutorial falls somewhere in the middle). Good luck and remember that space is something that we as humans often take for granted, capture it.