In this pair of written quick tips I'll show you how to get unusual textures and pad sounds from any type of source with some freeware granular processors. In short, the granular effect takes small slices of the sound, known as grains, and rearrange them differently according to the parameters we set.

This technique allow us to create long drones as well as odd synths from basically any audio source. In this part I'll explain how to make a long sustained drone from some boring piano chords.

Choose your source sound. Here I play a simple C minor with a virtual piano. The effect I am using in the next step does not freeze the sound so I play a couple of bars to be able to get a long sustained pad-like sound. Listen to the audio clip below.

Load the granular effect. In this part I'll use Michael Norris' Spectral Dronemaker which is AU only but these tricks will be useful with every granular processor in every DAW.

I want to achieve a rich pad sound with the original character of the piano but with a unique dark feeling so I set it up like in the image. Then I bounce it and you can listen the result in the next audio clip. 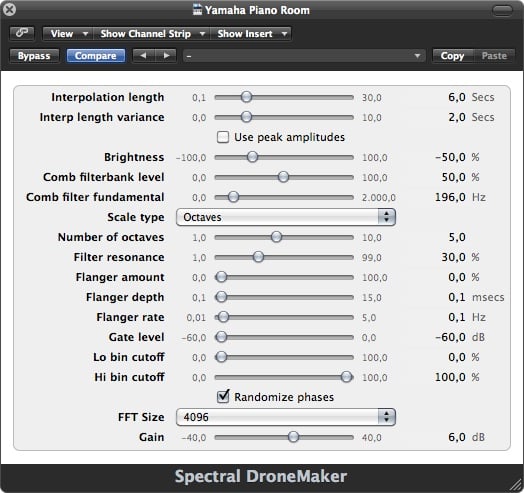 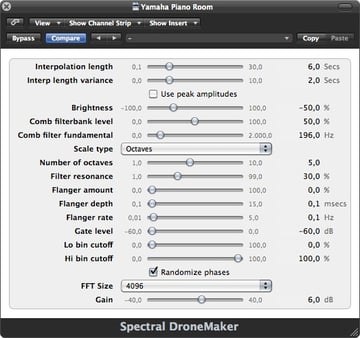 Now load it in your favorite sampler to play it. Increase attack and release times in the envelope section of your sampler to keep the sustained envelope. 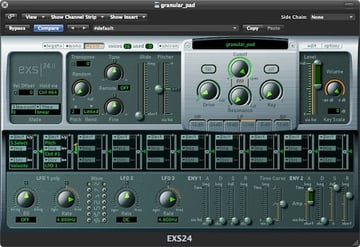 Add a reverb to give it more width and a kind of dreaming touch but be careful with resonances and confusion in the low-end. To avoid that, control the low frequencies dampening in the reverb or high-pass the bass content.

You can also control peaks and general dynamics with some compression and/or chirurgical equalization on the resonating formants. I used some compassion. 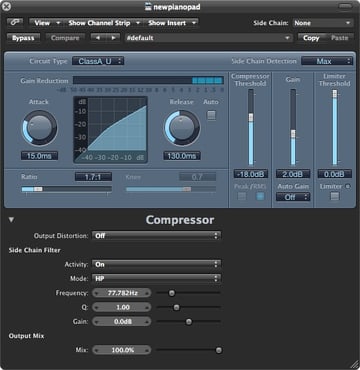 With this kind of reverberated textures I always suggest to open a correlation meter and check phase issues. My correlation meter goes negative too often so I narrow the stereo image with the great freeware Stereo Tool by Flux. 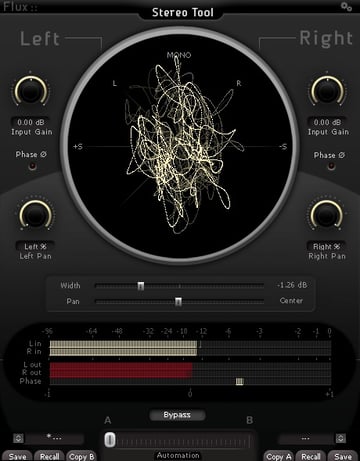 You may want to add some effects like chorusing, phasing, delaying, distortion etc. to give it more character and even automate them. I just added some static phase distortion to spice it up a bit!

You can listen to my short live jam below. Notice that I did the minimum with a few basic samples and effects. Possibilities are almost infinite with granular processing plus fantasy!

Be sure to not miss the second part!

Massimo Ferrero
Massimo Ferrero has spent his youth between producing music and experimental sound design, strongly influenced by foley, movies and everything that surrounds him. Always looking for unusual sounds and new techniques, he decided to share some of his tricks.
Weekly email summary