I've been listening to The Bends lately - Radiohead's second album, and arguably one of the best rock albums of the nineties. It's filled with great songs and an amazing production from a younger, more rockish Radiohead than we hear today. It's one of my favorite albums and when I revisited it after a long time the audio engineer in me started listening to all the interesting production that went into it. It's filled with all sorts of different effects and quirky sounds, and you don't have to listen any further than the first track to hear a cool production idea.

The opening track, Planet Telex has a cool tremolo-ish piano part playing in the intro and I thought it would be a good idea to try to recreate that same effect. This effect shows you how a simple effect can completely alter piano chords that would otherwise sound boring and stale. A different take on modifying boring piano chords can be found in another quick tip I wrote, Lock your Chords to your Groove. That technique and the following quick tip just go to show how you can transform an otherwise uninteresting chord structure into a grooving and intriguing production.

I'm loosely basing the end result to sound similar to the intro to Planet Telex. It won't sound exactly the same, and I modified it a little bit as I went along. There are quite a few things going on in the intro besides the piano part, but let's see what we can come up with.

This is what we're starting with:

Step 1: Adding Tremolo to Your Chords

I've painted in the chords which are loosely based on a E – A – Am chord progression with a constant E as the root note. I've inserted Logic's tremolo effect which you can find in the Modulation group in the inserts.

It's good to have the effect in sync with the song to give that rhythmic feel to it. That way your effect contributes to the rhythm section since it is locked to the BPM of the song. I've set my tremolo effect to a 16th note dotted tremolo effect. I've also played around with the symmetry and smoothing to give it a more natural rise and fall feel. 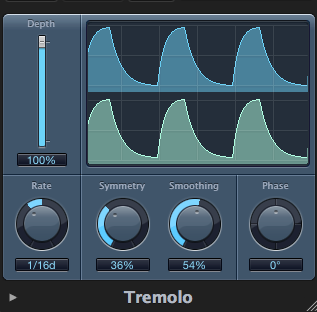 Here's what we got so far:

Step 2: Adding Some Overdrive and Reverb

I wanted to give the chords a little darker sound so I decided to send it to an auxiliary bus. There I inserted an overdrive plugin and gave it some extra juice. 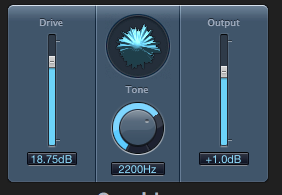 Now the original idea was kind of left by the wayside as I started experimenting with other things to make it sound cooler. Along with the overdrive, I wanted to lift it up a little bit with some reverb so I added a small room sound after the overdrive plugin on the auxiliary bus. 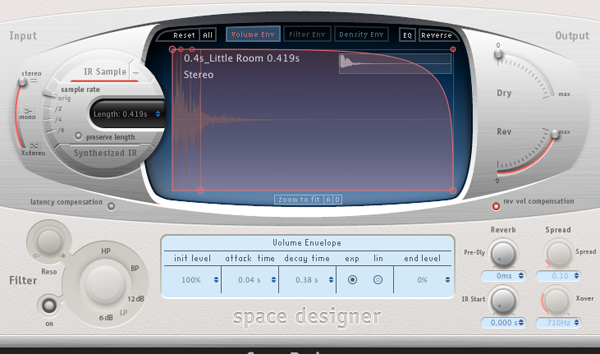 What we are left with is this:

This is a case of pure critical listening and inspiration. You can get inspired easily by all the little production ideas that you find just by listening to your favorite albums. Listen to some of your favorite songs and see if you can't try to recreate a special effect or groove present in the song. Then you can run with it and take it down your own path, creating something completely different and original.