Probably most of you have played computer games or have watched movies, where the music is made with large percussion hits and really low ethnic drums. I remember watching the Warcraft 3 introduction video, where the attack of the orcs was accompanied by smashing drums. I always wanted to capture that sound and in this quick tip I'll try to explain you some of the techniques I've come across in my experience.

Of course, like everything else in MIDI sequencing, the better the samples, the better the result. In my case I'll be using Quantum Leap StormDrum 2 – a nice library, full of drum samples, that vary from epic low hits to glitches and ethnic finger cymbals.

If you don't own StormDrum 2, don't worry because all these hints and tips can be applied to other libraries as well - just trust your ears!

Okay, so I've loaded these samples:


All these instruments are very low, punchy and definitely epic. However, to get that large drum feeling, we must combine them and mix them together.

This is very close to combining drum samples for a hip-hop track. Perhaps most of you have spent hours of listening to four or five samples, then cutting frequencies and tweaking the sounds to get the ultimate snare hit or kick.

In our case with epic drums, I'd create a simple drum line and I'll make 4 of our instruments to play it in unison. What does this mean? That each one of those four instruments will play the exact rhythm as the other three. Why do we do that? Because imagine if all those 6 low-end bass drums played different rhythm – then you'll definitely have lots of headaches in the mixing process.

Here is our drum riff. Have you noticed that each note is a different one? That's because in StormDrum 2 you have lots of samples of the same instrument. So in order to get things as real as possible, I'll use different hit sounds and even some stick sounds.

Now have a listen to the Tong Zi Set, playing these MIDI notes:

… and the Brushed Drums:

And finally to the O'Daiko Set:

As you've probably heard, we've got really punchy drums with lots of low end. But for me, that's not enough. Therefore I'll use the majestic Earthquake Ensemble and Dynasty O'Daiko samples to emphasize each first beat of the bar.

And the mighty Earthquake Ensemble (even with a recorded shout in it):

Now let's combine all those samples and see what happens:

So what do we have so far? A really nice war beat, with lots of low-end. As you can hear for your self, our drums sound really nice so far, but I personally find the bass frequencies too much. And also, most of the instruments (like the brushed drums) definitely lack some reverb.

When I say mixing, I mostly speak of equalizers, compression and reverb. I won't be using compression here in the mix part (though it may be necessary), but I'll try to make the drums sound a bit more coherent using EQ.

First I'll listen to the Tong Zi set – pay a close attention to the high-end. I can hear a nasty hiss, that comes with the recording of some of the samples. Therefore I'll cut some of the high frequencies around 10 kHz. And also, I like the punch sound of the Tong Zi set, there is no important low-end, so I can leave some space for the other instruments and therefore cut some of the bass.

Now I go to the brushed Drums – I'd definitely lower some of the high frequencies and also the bass (it's too much “in the face” in my opinion). As I've said earlier, I'd place a little reverb here.

A slight decrease around 100 Hz for the Earthquake ensemble. The Chinese kettle drums are a bit distorting around 50 Hz, so I'll decrease them as well. The dynasty O'Daiko has lots of sub-bass frequencies; I'll leave them intact, but still I'll decrease the frequencies around 130 Hz.

Now take a close listen to the two MP3s and compare:

The first demo definitely has more low-end in it, but listen closely – are the bass frequencies clear enough or are you hearing just some instruments, fighting for a place in the mix? In the second demo you can hear a balanced (I'm talking about frequencies) mix between instruments.

Now, I want to make something very clear - I'm definitely not a mixing specialist and I'm sure that there are people that can edit and mix those drums a lot more better than me. All those frequency cuts should not be regarded as rules, they are just appropriate for our case in this tutorial.

I'd only suggest to all of you this:

Use your ears and try to capture the most important part of each instrument and then take the best from it and place it in your music. It's like managing a soccer team – you get the best players to do the thing they are specialized in.

Here's a demo with this beat mixed and with some mastering effects placed (stereo enhancer, dynamics processing and EQ):

I hope that you'll find this tutorial useful and it will inspire you to create beautiful music. Be sure to leave your comments bellow and why not share your music with all of us?

Stay tuned for the second part of the tutorial! 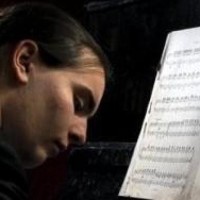