For many laptop users, the amount of plugins that are used on a mix can suck the CPU power dry. You might have 24 tracks of audio recorded on your laptop and after inserting the 15th SSL Waves plugin.....computer says no. Luckily, for us Logic Pro users, there is a really great function to free up your CPU power while still using as many plugins as you can.

If you are running low on CPU you can turn on the freeze track function and freeze those tracks that have lots of plugins inserted and are taking a toll on the processor. The downside is that once you freeze the tracks, you can't play with the plugins except un-freezing the tracks again. This means that you have to pretty sure that the tracks you are going to freeze sound good to you. Otherwise you'll be going back and forth, freezing and un-freezing. Which creates extra audio tracks. What Logic does is print the effects and plugins you have on the tracks and makes new ones, essentially bouncing your plugins and making it a part of the audio file itself.

In the edit window, go to View > Configure Track Header. 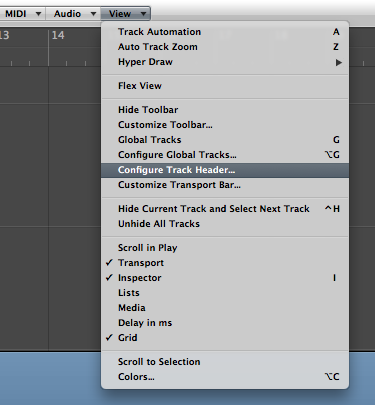 In the menu that pops up you can select to show the freeze track function as a button alongside your Record, Solo and Mute buttons in the edit window. 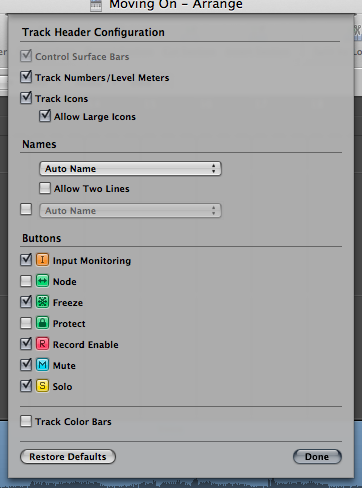 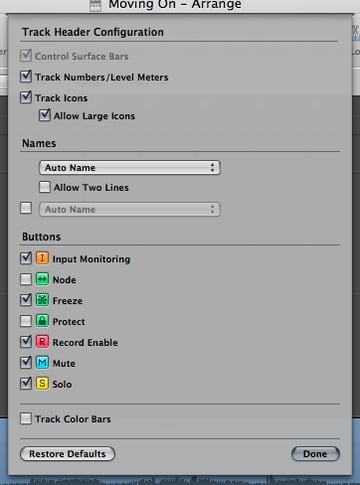 Select the Freeze function, which is a green button adorned with a snowflake, indicating it's function. After you've selected the Freeze button click Done to return to the edit window.

Step 2 – Mix Your Tracks and Freeze Them!

Now you should see that green snowflake button in the edit window. Mix the tracks that are processor heavy and get them sounding as good as you can before you freeze it. 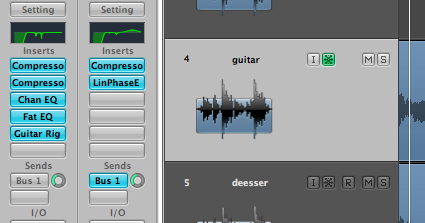 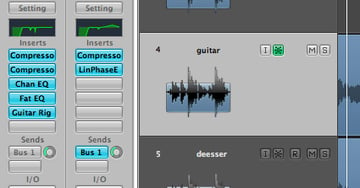 As you can see above, I have quite a few plugins inserted on my guitar track. In order to free up the incredible amount of processing power my Guitar Rig plugin takes, I hit the green freeze track button. Now Logic should scan the whole waveform, like it does when it's bouncing tracks and you will see a progress bar until it's done copying and creating a new audio track out of my processed guitar track.

Now, as long as it's frozen like this you are unable to access the plugins on the track. When you try clicking on the plugins of a frozen track, your cursor changes into
that familiar snowflake, indicating it's frozen state.

This freeze track function is a great way to free up your CPU power when you are running way too many tracks than your computer is capable of. My laptop and Guitar Rig don't get along especially well so I need to do this quite often if I want to change my guitar sound after recording it. Do you know of any other Logic Pro functions that help free up your CPU and make your tracks less processor heavy? Let us know in the comments!