Hey guys today I will show you a quick tip about how to make a really good sounding kick in no time. Recently I got a Novation Launchpad. This toy is developed for artist on stage or live acts. Basically I’m a producer. So I started to use this device for music making. You know what? It worked. I would like to show you one of my tricks which is the best all of them. 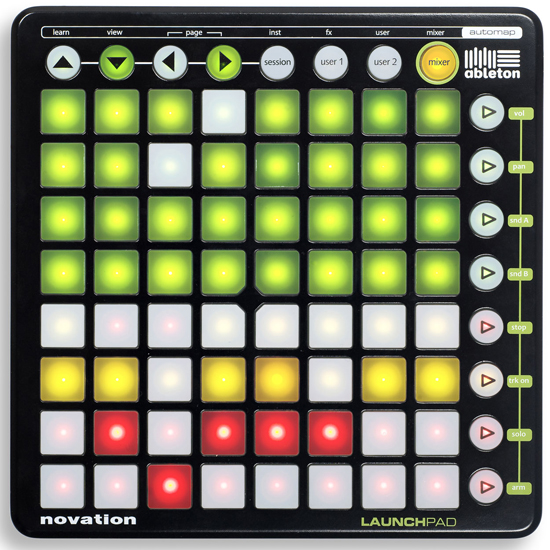 The basic idea was that I always struggle with the kick. Usually when I start a track I’m using a sample kick, just a random one to feel the rhythm. When my track is starting to come together, I usually change the kick with a new one which I create on the fly.

In an earlier article I show you how to make a kick from samples. It is similar in some points but this one is just easier.

So you have to create MIDI tracks - as many as you want. I highly recommend searching your sample libraries for kicks and putting them into a drum rack. Every drum rack has to be an own style. For example jump style kicks, electro kicks or something else. I exported one of my new songs without a kick and put into the session on the audio track.

You can hear my song sample without a kick:

Next I loaded as many clips as many kick sample I have into the MIDI channels. Because I’m using a drum rack the different samples have different notes in the piano roll. So create a clip with four beats on C3. Then duplicate it as many times as the samples you have.

But don’t forget to change the root note of the clip. So each time when you are starting a clip a different kick sample will be triggered. Novation Launchpad now becames really handy because you can easily launch a clip in Ableton.

Now you have different kicks in different styles. The next question is how to create a unique one from two or more different samples.

One way is to use one column of the samples as a transient. How do you do that? Easily. Turn on the snap button on the simpler in the drum rack. After that manipulate the long parameter with your controller in my case with the launch pad. First you have to assign the long control into first mapping control. Now you can easily manipulate the sample long with your controller.

Unfortunately the Launchpad doesn't have a pot meter, but it has eight pads in one column which can act like as faders. So press the MIDI button in Ableton and press the user one button first, and then the first and last pad at the same time on the launch pad, and the pads act like faders. Now change the sample length to 0% and you will only hear the transient of the kick.

The next sample column will be the body of the kick. You can map these samples similar to how you have done that before. The difference is that you have to put an EQ after the drum rack, because you don’t want to hear the transient which is sit on the higher frequencies. So drag and drop an EQ 8, use a LP filter and cut the frequencies above 1046 Hz which is C5.

You have to control the cut off frequencies of the EQ 8 each time if you are changing the pitch. In order to do that you have to group the EQ and drum rack and map the Frequency 1 parameter into the instrument rack macro control two and the drum rack macro two as well.

Now you must set the range of these controls. Because the Novation device has only eight pads in each column you have very limited range in pitch. So I decided to make my range between -3 and +4 semitones. If you are hitting the pads the pitch will change only by one semitone.

But the story does not end here. You have to determine the cut off frequency's range. Basically the samples are sat on C3 and the higher frequencies are sitting on around C5.  A4 is below C5 with three semitones, and its frequencies is 880 Hz. E5 is above C5 with 4 semitone and his frequencies is 1318 Hz. So the range has to be between 880 and 1318.

Now you can easily launch different clips and mix two kick together. Thanks for reading my article. Happy music making!