Ever found yourself wanting to add more presence and definition to the attack phase of your kicks and feeling you've run out of options when EQ and dynamic effects just won't do? In this brief write up, we'll look at a little known technique of using a generally unwanted artifact produced by noise gates to get your kick's attack sounding punchy and clear.

The first step is to get your kick recording down. In this example, I've used NI Battery and imported a pretty decent sounding rock kick. I then added some attack time to make the original a bit less defined so we have a looser starting point for the example. 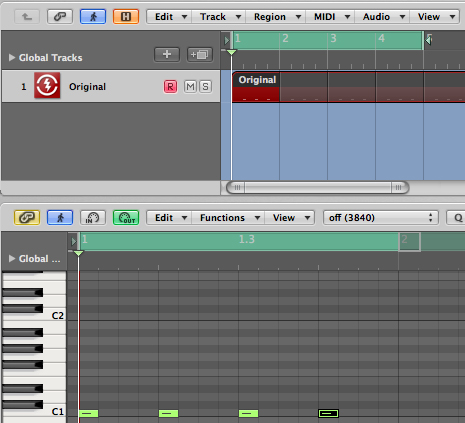 The next step is to duplicate the kick and slap a noise gate on it. 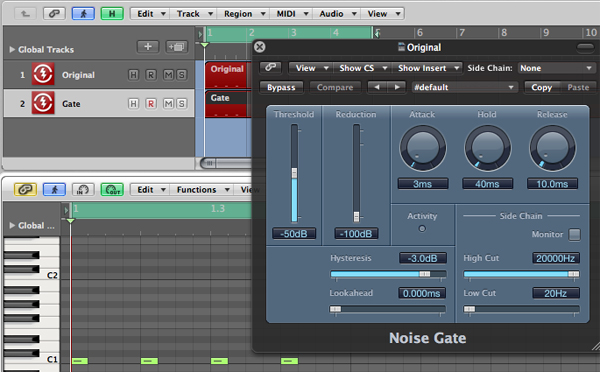 From the default I've gone on to set the gate so as to have it cut out most of the kick and to have such a short attack time that it produces and audible 'click'. I've set the release time long enough to avoid a secondary click, but just barely. This emulates a beater click which provides a lot of definition to your kick sound. 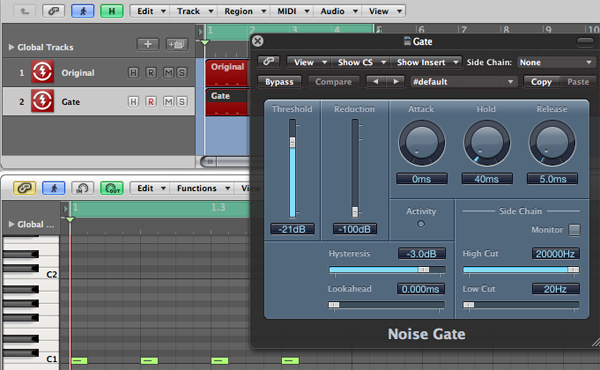 From here it is just a matter of playing around with different gate settings while also listening to the original track to create a click that fits in with the original. A great thing about this trick is not only do you create a beater click when none was present, but you also double the attack phase of the kick, creating more punch on the front end of the sound.

From there, it is just a matter of mixing the levels and eq-ing them both as a unit and individually to form a cohesive whole. 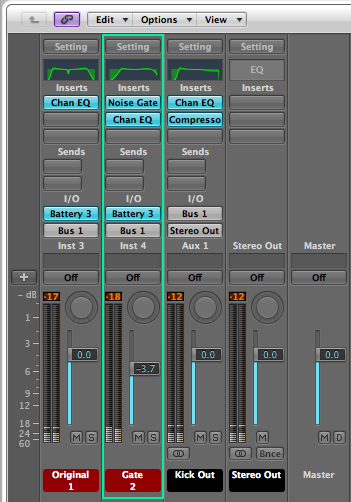 This trick works best for percussive elements that are (more-or-less ) of an equal amplitude so they activate the gate on every hit. (If the gate fails to open on 2 and 4, things will sound unnatural at best).

Obviously, this is easy to achieve for MIDI, but for live drums all you really need to do is add a compressor before the gate to even out the levels in order to make sure you get your kick clicking on every kick.