Reverberation (or reverb, for short) is a form of feedback that bounces sound waves back from a reflective surface. This emulates an echo effect of sorts, and is often used to liven up things like vocals, snare drums and guitar solos. The power of reverb doesn’t stop there, and there are many ways to emulate unique effects. I’ll show you two in this quick tip – Reverse Tail Reverb and Noise Floor Reverb.

Reverb is a sound anomaly that is created via reflective surfaces bouncing sound waves to create an echo of sorts, it is most predominant in large rooms and halls, but can also be found in things as simple as your bathroom.

There is also reverb simulations in the form of hardware modules and software plugins, the former is often used in things such as Eurorack modular synthesizers or as an additional piece of an FX chain (such as a guitarist’s pedals). The latter can be used in a live situation as well, but is more suited for studio environments.

While you may not notice it, this effect is used a lot in popular music. It’s basically the lead-up to a certain word or phrase, and it sounds like the person is sort of breathing in reverse.

The way we achieve this effect is by bouncing down a reverb tail and reversing it, then positioning it at the beginning of the phrase. Start by adding a reverb to a track, I’ll be using a sample from Vengeance (made famous by Zomboy): 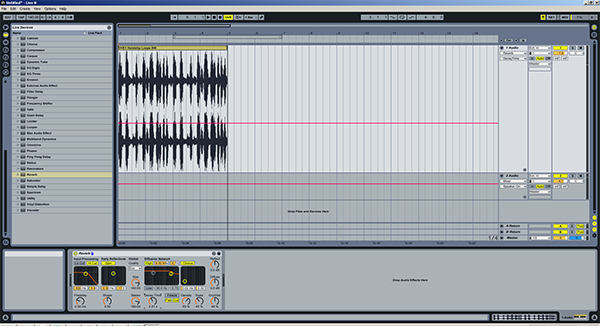 Next, select the first word from the phrase, bounce the audio down to a .wav file and drag it into your project:

Finally, chop the tail off (where you can only hear reverb, no dry signal) and reverse it, then place it at the beginning. Pretty nifty!

Extremely useful in dance tracks to avoid the signal coming in too dry, you can raise the ‘noise floor’ of a song by adding reverb to, say, a synthesizer.

You do this by bouncing it down to a .wav and creating a loop out of it, then feeding that loop through some side-chain compression to create a breathing effect. This adds body and life to your track (as long as you don’t overdo it!).

Let’s start with adding reverb to our synth: 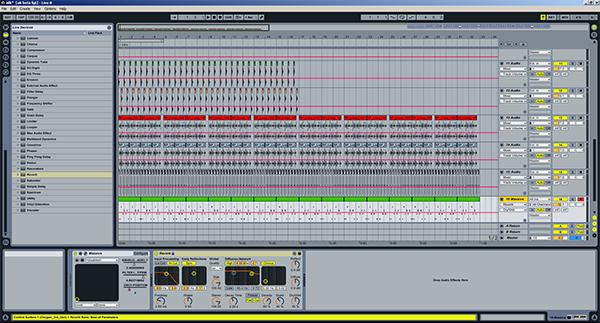 Next, we’ll bounce it down and create a loop out of it. Finally, we’ll repeat the loop across the section of the song we wish to liven up. Apply some side-chain compression and we’re done!

Let’s take a listen back to the dry signal, while subtle, it definitely breathes life into the track without changing the feel of it.

Pretty cool, right? Reverb is an awesome tool in the producer’s arsenal that lets us do interesting things in a non-destructive manner.

Hopefully this has enlightened you in how to think outside the box when it comes to creating unique sounds or effects. Thanks for reading!

Cody Jones
Hi guys! My name is Cody and I'm an EDM Producer and musician from the Gold Coast, Australia. I specialize in Electro, Dubstep and Drum n Bass, but I've also played guitar for 6 years and have collected a wide array of useful information about production and mixing, which I hope to share to all of you! Hit me up at xitednb@gmail.com or on my soundcloud www.soundcloud.com/xiteofficial.
Weekly email summary