If you've ever tried to replicate the big, aggressive and epic sound of the drums you hear in big - budget Hollywood action movies, you'll know it can be quite a task. Going from single hits, to rolling, rhythmic and exciting sequences can seem quite daunting. However, help is at hand. Using Quantum Leap StormDrum 2, I'm going to show you how to use this instrument's awesome MIDI Performances, to enhance the rhythmic underpinning of any track for film, games or TV music composition.

Stormdrum includes within its package a group of composite instruments, with complimentary MIDI files, that allow you to hear and use the full potential of the instrument. This is useful if you're either new to cinematic drum programming, or want to see how specific sequences have been arranged. Also, it's great if you need something quick to underpin a new track if you're working to a tight deadline!

Let's look at how we can access these MIDI Performances quickly and easily, so we can find something suitable and get sequencing!

Loading up a complete MIDI Performances for the use of just previewing the sounds to see if they are what you want can take some considerable time. Stormdrum could load anything up to 16 instruments, on up to 16 MIDI Channels, for an individual preset. Fortunately, EastWest have thought about this potential outcome and have included mp3 previews of what a small section of the actual MIDI Performances sound like, so you can quickly get a feel for the colour, texture and rhythm of the sequences.

You'll find these on your installation DVDs, or Hard Drive, depending on what you've purchased from EastWest. In my case, I received DVDs, and they can be found on the first Stormdrum DVD, in a folder called 'SD2 Auditions'. Once you've listened to a few of them and made a decision on what you'd like to use, make a note of the name of the audition, as you'll need to know what it's called to load in the right instrument later.

Load up your DAW of choice (I'm using Logic, but again the techniques here are universal so don't worry if you use another package), and create an instance of PLAY (EastWest's Instrument host plugin). Head for your Stormdrum2 Library and in the folder 'MIDI Perf Multis', select your chosen instrument name from the mp3 auditions you listened to in the previous step. I've gone for 'He's In The Building', a great little suspenseful instrument ripe with creative possibilities. 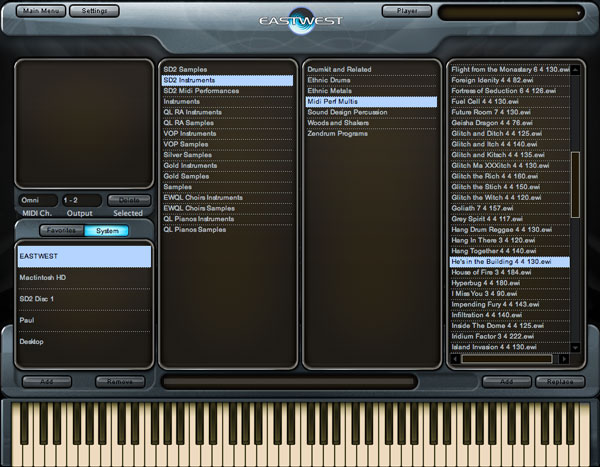 This will take some time to load, as it is putting several instruments into their requisite MIDI Channels within the single instance of Play (for this instrument, 8 different MIDI channels are used). Once it has loaded, we now need to put the respective MIDI Files into our DAW so we can play these instruments for real. You can do this by accessing your EastWest main library folder, and locating the folder named 'SD2 Midi Performances' 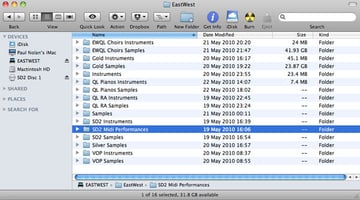 Once you've found the right .mid file for the instrument you've chosen, simply drag it into your DAW from the Finder, or use your 'Import MIDI' command from within your DAW. Once this has occurred, it should look a little something like the picture below. This is due to the MIDI file containing data relating to multiple MIDI Channels, which should relate directly to the instruments loaded into Stormdrum. Now you can press play on your sequencer to listen to the full performances in all their glory.

Now, you can find the most suitable parts of the MIDI Performance to go with your current track, or use it as a basis of your new composition. In the audio example below, you'll hear the parts that I took out of the main performance regions, and how I've put it into context to underpin a dramatic string and brass cue, suitable for a big action movie 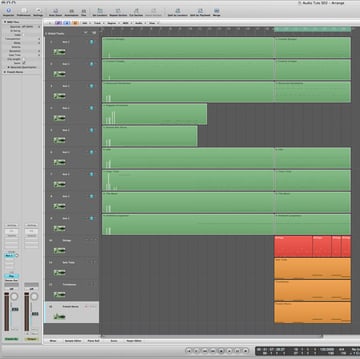 Step 5: Reinforce, and Get Creative!

Whilst things sound nice and big here, the drums get left behind a little once we put the big string and brass sounds in. Therefore, I'll reinforce the drums with some compression on the big low bass - heavy hits, and also add some parallel compression with a touch of distortion to add punch, warmth and presence. I'll also put reverb and some delays onto the hits to give a more interesting dynamic, leaving the cue sounding like this: 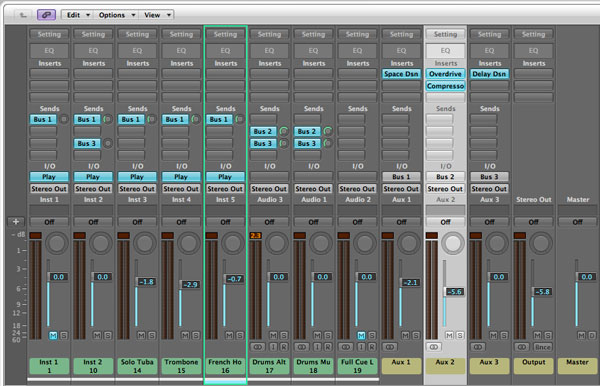 Step 6: Swap the MIDI Around!

The great thing about MIDI is that it's interchangeable, which means you could swap midi files around to see if you get a better or more interesting result that you might not have encountered by just playing notes in manually using your controller keyboard. So why not give it a try? I did, and this is what came out when I added the MIDI Performance called 'Battleram' to the instruments we initially loaded up: 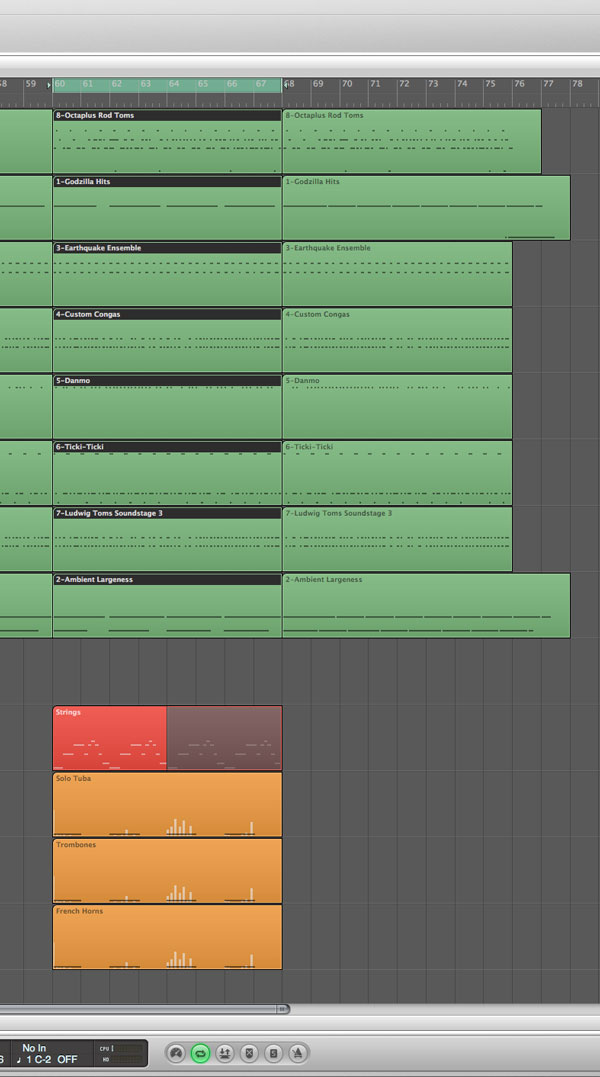 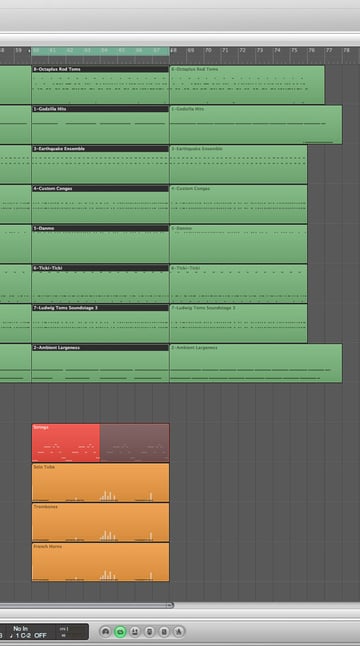 As you can hear it gives a totally different feel and you can use this technique to spark your inspiration when you're feeling a bit creatively dry!

Hopefully this tutorial has given you a little scope as to what can be achieved very quickly with a basic knowledge of MIDI and how Stormdrum 2 works. Now, you're only limited by your own creativity and inspiration. Make sure you leave comments at the bottom and why not give us some examples of how you've used these techniques in practice?

Thanks for your time!

Paul Nolan
Paul Nolan is a professional Composer & Lecturer based in Liverpool UK. His skillset is multifaceted, having worked in the realms of studio recording, post production, electronic music, DJing, and film music composition for a number of years.
Weekly email summary