Quick Tip: When Your Reverb is Too Wet... Duck!

by Will WalkerSep 13, 2012
Read Time:3 minsLanguages:
Audio ProductionLogic Pro
This post is part of a series called Masterful Reverb: Everything You Need to Know.
Dynamic Reverb Returns
How to Create an 80s Gated Reverb

Here is a cool trick I just used while trying to get a massive clap sound while still keeping it centered and focused. I'm sure it has been done before as it seems fairly obvious when it is all said and done, but I don't remember reading or hearing about it elsewhere (selective memory can be crucial in garnering personal feelings of discovery ;), so it is at least a lesser known trick that you may not have thought of and one I can share with you here.

Obviously, this works on all types of material, but we'll stick with the clap for this tut.

The first thing I did was load up the ESX Sampler with some clap samples and programmed in a groove.

Next, I slapped an enveloper on it to cut out most of the ambiance tail of the samples and dry out the sound as I am going to create my own space later on and don't want to get into the 'reverb of a reverb' problem (creating a new space around an already recorded space, etc.). 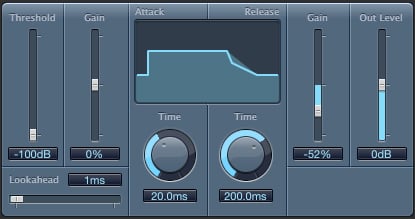 Obviously to get a massive sound, I need a massive reverb, so I put the space designer directly on the channel to try out a few settings.

Of course this is okay to leave as is if you find you are happy with it. However, moving the reverb to a separate aux. track is always preferred as it allows for further treatment of the reverb down the road without affecting the dry signal.

After playing around with the reverb settings I still am unable to find an acceptable way of gaining the focus I want on the clap while still making it sound massive. One clap bleeds into the next and into the next etc. and is creating an altogether far too dense and soupy sound.

The solution to this problem is to side chain compress and duck the reverb with the dry clap acting as the input. To do this, I simply create another aux. track, send the clap to it and set it to 'no output'. On the reverb track, I place a compressor, set the side chain input to the 'silent clap' and turn the compressor to 'peak detection'.

Already, things are sounding much better. You can really hear the difference at the initial hit where the claps are closer together. The initial hit is focused and dry while in the previous example it is not.

With use of this trick you can really carve out a decent amount of space from your reverb and keep things both clear and washed out at the same time (have your cake and eat it too). 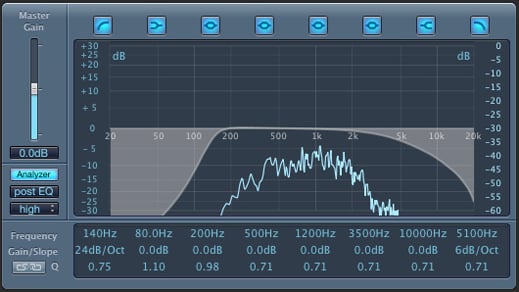 The final output with adjusted compressor settings and a band pass EQ to tighten up the lows and darken/create more depth on the sound.