There are lots of reasons why people want to record music at home. Maybe you want to show off your musical vision to your band mates or show off your skills to potential band mates. On the other hand, maybe you just always fancied realising your own version of your favourite song, or just want some backing tracks to hone your improvisation skills over. 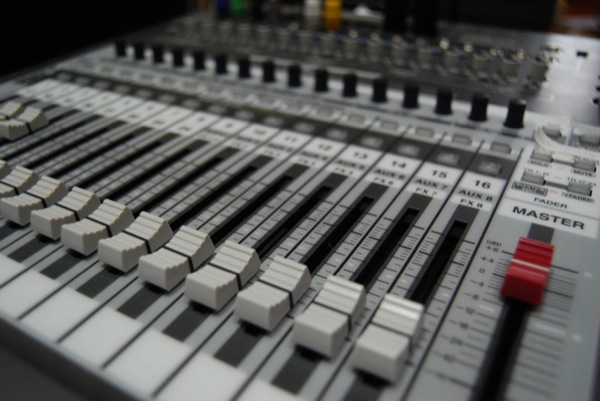 Whatever your reasons for aspiring to record, the good news is that, these days, pretty much anyone with an instrument, a reasonably up-to-date computer and the will to try can get in on the action. High quality recording software and hardware is ever more accessible, and there’s an increasing number of awesome websites like, oh I don’t know, this one, that can give you all the know-how you need to get from zero to hero in pretty much no time at all.

Over the next few months, I’m going to guide you through your first steps in recording and, hopefully, leave you with the knowledge and skills you need to grow your skills and become an honest-to-goodness audio nerd.

It wasn’t too long ago that home recording was, for anyone on a typical hobbyist’s budget, a fairly primitive affair. These days, anyone with a reasonably up-to-date computer has access to very high quality recording equipment at accessible prices, and thanks emulation software, you can even achieve great recordings without access to microphones.

Which DAW (Digital Audio Workstation) is right for you depends principally on your platform (e.g. Windows, Mac, Linux), your budget, and to a lesser extent the type or types of music you want to produce. Certain DAWs like Ableton and FL Studio are aimed more at various forms of electronic music, while others like Pro Tools, Logic and Cubase are less specialised.

But the Cheap Ones Are Basically Toys, Right?

Far from it. Many of the intermediate options are in fact professional standard software with a few of the high-end whistles and bells (like surround sound processing, advanced reverbs and delays) taken out. Likewise, many entry level options are themselves cut-down versions of their intermediate level counterparts, often with simplified user interfaces and workflows.

What Else Do I Need?

Well, maybe nothing. You can do an awful lot with no more than a DAW and your existing computer set-up. If you want to input live performances, there are a couple of basic peripherals you might need:

Sounds Expensive. Is It?

It can be, but as with anything, it’s best to start small and build up. As we go through the next few instalments of this series, I’ll point out a few tips, tricks and ideas for doing things on a shoestring.

So, on to the music… 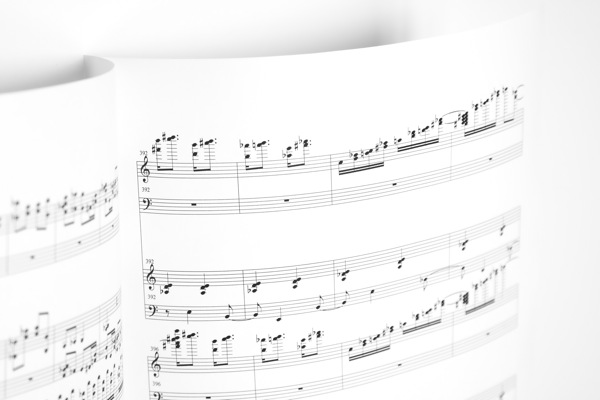 There’s something I wrote in my first article for Audiotuts+ which is worth reiterating here. It feels egotistical to quote myself, but I’m going to do it anyway:

When we develop musical ideas in our heads, even just short progressions, they’re often quite fully formed with lots of important rhythmic nuances and interplay between multiple instruments. Being able to develop and test these ideas is an essential compositional process and, even if you’re skilled enough to be able to write out multi-part scores, knowing how to use a Digital Audio Workstation (DAW)…can really enrich and speed up the creative process.

Point being, being able to throw down a detailed idea is important, and for that reason it’s critical to be able to fire up your DAW and sketch out the skeleton of your ideas quickly.

We’ll look at setting up a simple template later in this series. But to begin with, what steps do we need to go through to generate and set out a basic idea?

Using your DAW to capture and develop ideas as they happen can be a really great way to boost your creativity. In other words, the DAW needn’t be the tool you use just to capture a finalised idea, it can be a way for you to generate ideas, refining and arranging them as you go.

So what we’re looking for is a process something like starting a short story by jotting down sentences. We’re not worried about handwriting or spelling, we’re just throwing down ideas as they happen so that we can refine, expand and arrange them later.

In music, this is where the ability to create loops comes in. I can, for example, record just a bar or two of my verse idea and then, with a little bit of trimming, use the DAW to repeat that couple of bars for as long as I like.

So taking that simple idea, I can record one bar each of my verse, chorus and bridge ideas and, in literally minutes, use them to sketch out a basic arrangement – 4 bars of this, 2 bars of that, and so on. It needs an epic, seemingly endless guitar solo? No problem – I can drag my chorus loop out for 16 bars and do it as soon as the idea hits. 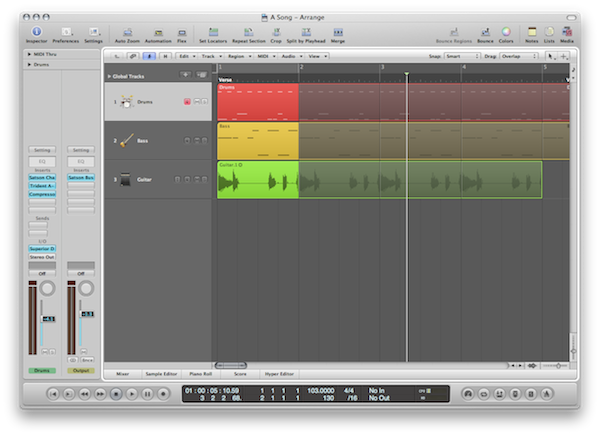 If you’re not clear on all this, don’t worry; we’re going to be covering these techniques in more detail later on. The point is just to understand the basic principles by which the DAW can be part of the creative process.

There are established ways of structuring music and, especially if you’re looking to write any kind of pop music, you should at least be aware of the tried and tested ways of making a perfect three minute slice of ear candy.

Those methods are beyond the scope of these tutorials, but you may want to do a little background reading. Our own West Latta’s 3 part Beginner’s Guide to Songwriting would be a good start, as would Ryan Leach’s Basic Functions of Harmony.

The intricacies of structure aside, we can generally say that we need to take a listener on some kind of journey: a beginning, middle, and end, and most crucially, the build and release of tension. In most popular music, this manifests itself as the common elements of a song: intro, verse, chorus, bridge or middle eight and possibly some fills or a solo section.

If you don’t have this habit already, it’s worth starting to listen to your favourite music in a critical way: relative to the song as a whole, what function are the various parts of the music fulfilling?

Above all though, don’t be afraid to break “rules”: if you think something works, go with it.

Next time, we’re going to get our hands dirty. We’ll look at recording a single idea, creating a usable loop from it, and at how to flesh that out with programmed instruments.

Until then, I strongly recommend reading the articles linked above and trying to incorporate some of the ideas into your musical thinking. The better the ideas you can generate, the more fun the next stage of this tutorial will be!

Glynn Davies
Glynn Davies has been a keen guitarist for the last 16 years, during which time he's played in lots of bands you've never heard of. He lives by the sea in the south of England.
Weekly email summary
Subscribe below and we’ll send you a weekly email summary of all new Music & Audio tutorials. Never miss out on learning about the next big thing.
Advertisement
Translations