Body of Conflict was a popular progressive trance song published by Black Hole Recordings back in 2007.

The composers of the track, Nic Chagall and DJ Bossi made the Extended Version a bit special, because it features techno, tribal and house elements which were a bit unusual from the regular trance sound.

I opened a new track and put the original track into it in the arrangement view. After that I figured out the rhythm of the drum tracks. I continued with decoding the bass, the pad, noise and finally I added my custom lead melody and chords.

For the samples I used Simpler and for the synths I used Analog and Operator.

The kick is a usual 4/4 downbeat pattern found just like in any other trance or house song. 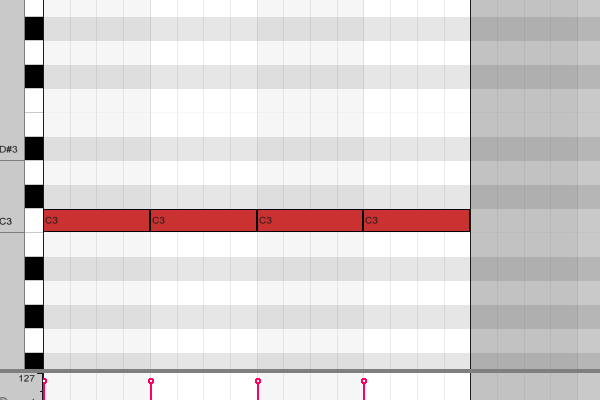 The kick is based on simple downbeats

The pattern is made of like it is accentuating the second and fourth downbeat.

The clap can be heard in every second and fourth downbeat.

Just like the previous one the second and fourth downbeat is used for this one as well.

Eighth notes are used for this one. The downbeat sections are the first and third ones.

This sounds like a snare from an orchestral kit. There is a slight pause after the second and fourth downbeat and after that the sound can be heard.

Notes G#2 and F2 used for this percussion sound and tuned for the scale of the track.

All sixteenth notes are used in this section.

I selected two top loops from a minimal techno sample pack to use it in the remix. They are slightly distorted or saturated and they are blending nicely into the feeling of the track.

I used a little bit of reverb to give the drums a touch of 3D sound. All parameters are used very carefully. Dry wet 28%, decay 585ms, size 100 and predelay 7ms.

For the bass I used mainly G#0 and G#1. When the pad is playing the main lead the bass is also changing. Otherwise it's G#0 and G#1. 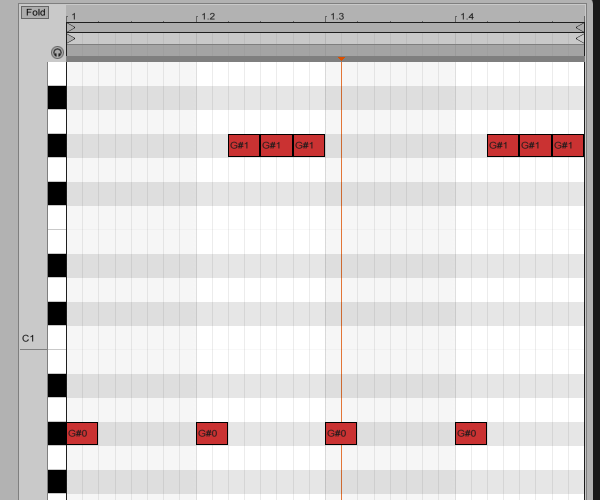 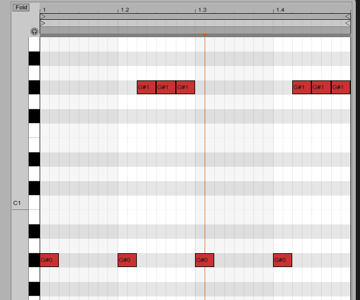 The bass notes are an octave apart in a recurring pattern

I applied a saw wave for Analog with an almost fully closed lowpass VCF filter at 70Hz. For the VCA only a 763ms decay is used the rest is set to minimum.

A Compressor is set to make a sidechain compression based on the kick and an EQ Eight to boost +2dB at 241Hz and cut -1dB at 732Hz.

`the default Operator patch is used with a sine wave enabled.

Astrong Reverb with decay 1.76 s, dry wet 100%, size 55, predelay 8 ms. A Compressor is giving it a pumping feel with sidechaining.

This is the main lead line. To make it stand out effects are applied to make it bigger.

Operator is used with two components. The first component is a triangle wave, the second is a sine wave and the sine (-43 dB) is modulating the triangle (0 dB). The tone is set to 70%.

The idea was to make the sound simple, because it was intended to use with chord with at least three sounds. So basically square or saw would be too much for this.

Almost same as the lead (triangle and sine), Operator is used but the sine wave got -20dB level.

This is a rhythmic noise patch recreated from the original track. It uses white noise from Analog.

The main feature is how the effects are used to make it stand out. It got a very big reverb, then a pumping compressor and finally an EQ to make the treble content more present.

I mixed as I went along creating the individual instrument tracks. During the mixing I aimed for a clear and big sound similar to the original track I used.

The mastering process was simple. I used an EQ Eight to cut out the extreme lows and highs (40Hz low cut, 19kHz high cut).

Then I applied a Limiter to catch the peaks and give some volume (-0.3dB output ceiling, +2dB input gain).

That was my session of remixing Cosmic Gate - Body of Conflict.

I recreated some of the instrument tracks from scratch, created melody, harmony, bass, and made a new section for the song.