Hi everyone. In this tutorial we are going to create a growling pad that has a slow but sharp attack and has motion in the sustain and release. For this tutorial I will be using FL Studio's Sytrus but any FM synth can work as long as it can have tempo based envelopes. Here is an example of what we will be creating...

Step 1: Creating the Base Sound

First reset your synthesizer to the default patch so you have nothing but a basic sine wave. Go to your first operator (FM synthesis version of an oscillator) and create a saw wave. Offset the shape of the saw so its slightly skewed on the ends; a value of 45% in Sytrus. For those of you who do not have a shape value the saw should start to become a triangle wave. The volume envelope should be set to tempo based time and the attack, decay, and release are as follows...

Here is what it should sound like thus far... 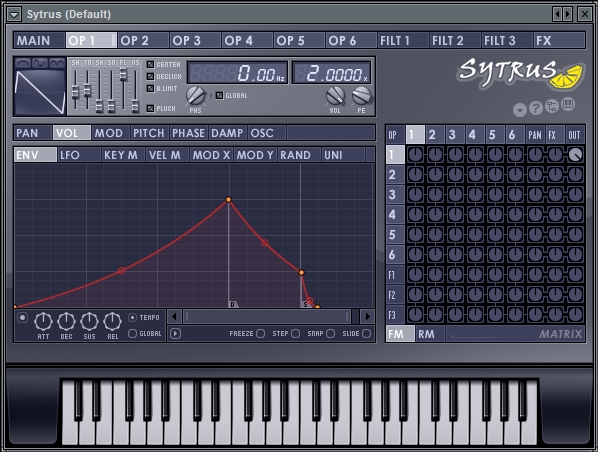 In this next step we will create the two sounds that will modulate our original and help give it some motion. The settings for operator 2 are as follows... 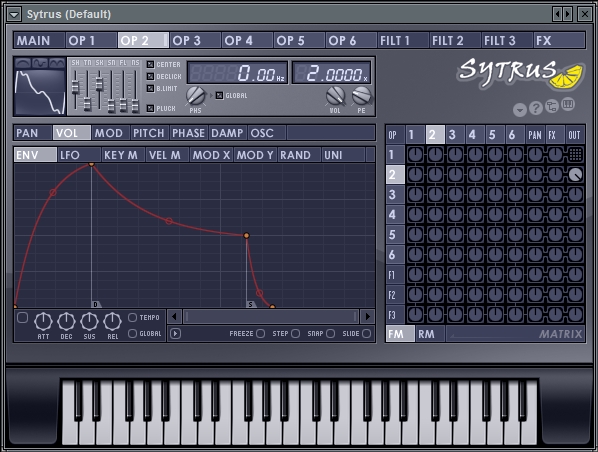 For operator 3 start with a sine wave and bring the noise fader up to maximum so its complete white noise. The frequency ratio should be set to 1.000 instead of the standard 2.000 The volume envelope for operator three should be set to tempo and is as follows...

Here is what this operator should sound like on its own...

Next we need to apply our operators 2 and 3 to our base sound in operator one. Operator 2 going into operator 1 should have a value of 47% and operator 3 into operator 1 should have a value of -12%. Make sure you turn off operator 2 and 3 from going to output; they are only suppose to modulate operator 1 and not be heard. In the main menu turn down the master pitch down 12 semitones (one octave). In the main tab turn the unison on with an order of 4. Leave the values as is if you are using Sytrus. If you do not have Sytrus the values are as follows...

This is what we have so far...

Now that we have crafted the core of the sound we need to filter it to change the timbre. Send operator 1 to the filter 100% and turn on the filters output (make sure the output of operator 1 is shut off now). Next set the filters envelope control to 100%, the cut to 10%, and the resonance to 100%. Adjust the Low, Medium, and High bands so that the Low and Medium are at 100% and the High is at 0%. This is what are sound should sound like at the moment... 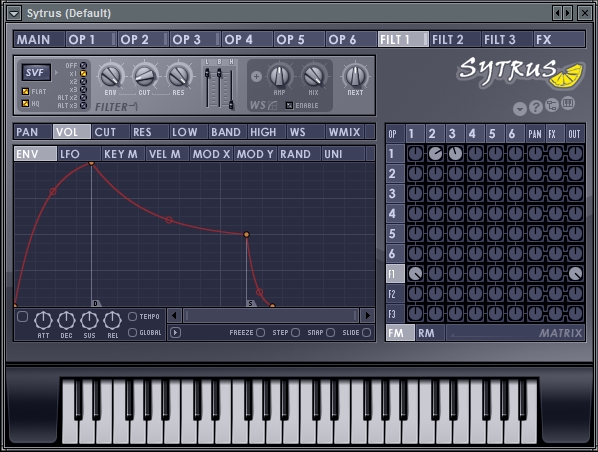 Kind of boring right? That is where envelops and LFOs on our filter come in!

To make the sound more interesting we are going to give the cut a little envelope and a tiny bit of LFO at the same time. Let's start with the envelope by setting it to tempo based time and using the following values...

Here is what it sounds like and what we have so far...

Now we need to add the LFO to the cut as well. To do this we are going to use a LFO and envelope combination to control how much and when the LFO will act. Once it is set tempo based time use these values...

Here is what we should have now; notice the little movement from the LFO. 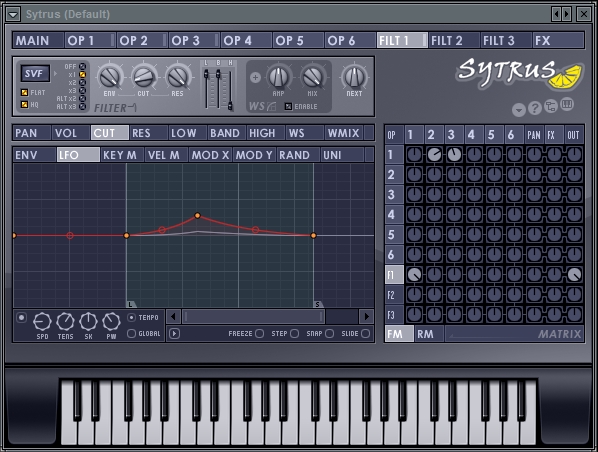 Now that we have some good motion in our sound we need to really flesh it out with some more effects. Start by sending the filter to the FX channel 100% and bringing down the main filter output to about 65%; this way we blend a little bit of the filtered sound in. Under our FX select the chorus and make sure it is a four voice chorus. For Sytrus users, the default settings for chorusing are fine, and for those of you who are who are using another synth here are some guidelines...

Next under the delay tab we need to enable the delay and set it to tempo based delay. For the delay set the feedback to 50%, set the time for 5 seconds, and set the volume to 45%. Move on to the reverb and set it be a warm dark reverb and adjust the length to taste.

Here is what we have now... 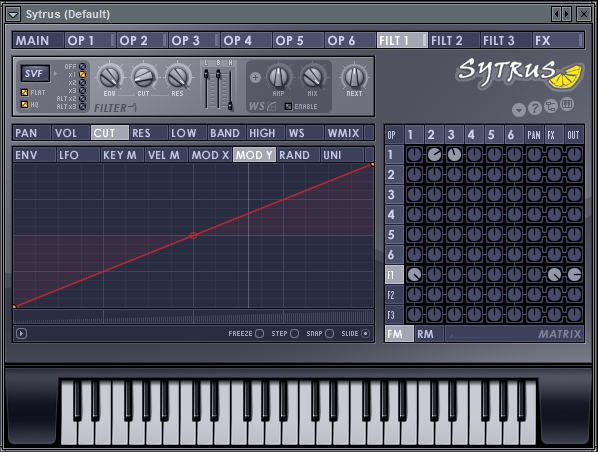 Well that about does it for this sound. Play around with the effects and the modulation matrix as well as the tempo of your song. Remember we tempo based almost everything so a lot of it will change with the tempo of your song (for the reference I was working at 90 BPM). I hope you enjoyed creating this sound and learned a little more about the process of creating a pad!

Mike Elliott
Having graduated with a bachelors and masters in audio and music, Mike is a well versed audio engineer, musician, and educator. From working with Grammy award winning engineers down to small start up studios, he has seen all sides of the industry, and what it takes to get the job done right. Make sure to stop by his blog Lean Audio, which covers the bare necessities and how to do audio on the cheap. From plugin reviews to heads up on free stuff, his goal is to save you time and money. Be sure to follow him on Facebook to stay up to date.
Weekly email summary
Subscribe below and we’ll send you a weekly email summary of all new Music & Audio tutorials. Never miss out on learning about the next big thing.
Advertisement
Download Attachment
Translations