The Top 6 New Features of Cubase 5

The new version of Cubase has landed with some pretty impressive new features that will be interesting to both new and seasoned users alike. Let's take a look at a few ground-breaking features the new version has to offer and see if these latest additions keep Cubase up there with the other big guns.

There are three new rhythm based devices included with Cubase 5 which hugely expand the application's potential when it comes to constructing your own beats. Two of these instruments are drum programming tools and another is a loop manipulation plug-in.

First we'll look at 'Loopmash' which is obviously the loop based instrument out of the three. Steinberg claim this is a 'first of its kind, interactive loop synthesizer'. A quick glance at the interface will certainly confirm that Steinberg are trying to introduce a new element into Cubase.

The GUI style is similar to some of the newer instruments and plug-ins we saw introduced in Cubase 4. On loading Loopmash you are presented with eight 'tracks', the slots within these tracks are designed to represent slices of loops you load into them. 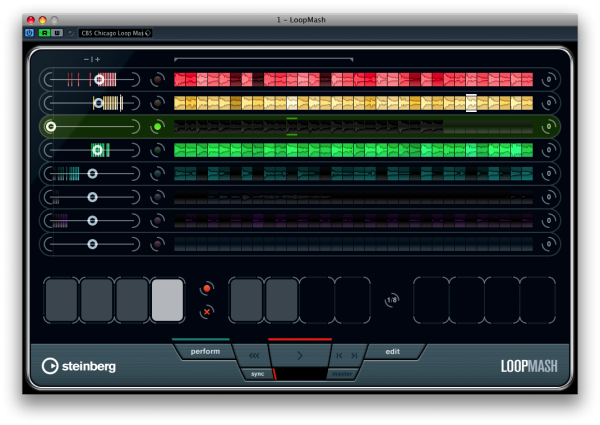 You can load loops into Loopmash in a few different ways. The instrument supports drag and drop, so samples can simply be dropped onto its interface from either the media bay, the project window or from your system's desktop or finder. This appears to work very well and load times are quick.

Once multiple loops are loaded, Loopmash will give you an alternative take on your audio by switching different slices from various parts of each loop. Loopmash looks for slices with similar dynamic signatures and plays them in place of others. The result is a brand new groove with endless variation.

The whole thing syncs with Cubase's master clock, so everything you do here will be locked with your project. There are a good number of presets, with audio loops included to get you started or you can use your own material if you prefer. This certainly looks promising — but is it a useful addition to Cubase or just a loop toy? You decide.

Moving on we come to 'Groove Agent ONE', a bit more of a traditional instrument that looks to be Steinberg's answer to Logic's Ultrabeat or possibly a virtual MPC. This is a drum machine with some nice editing features that loads AIF, WAV and MPC formats. Each sound loaded can be edited independently, using the device's internal filters and other sound processing tools.

Groove Agent has a couple of really nice little tricks up its sleeve, including the ability to span samples across its pads by simply dropping grooves onto its interface. MIDI can be generated the other way too and dropped onto midi tracks in the project window. 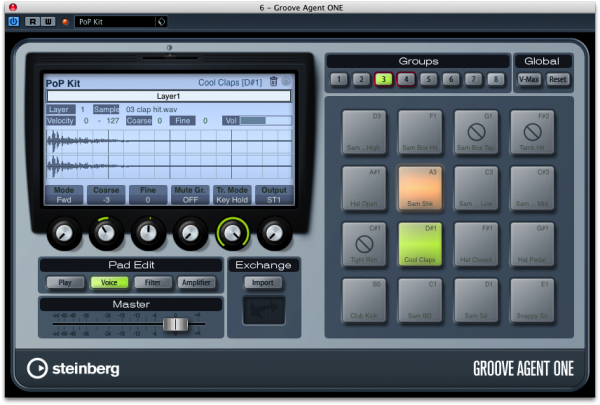 Working in conjunction with Groove Agent ONE, the new 'Beat Designer' is an advanced step sequencing system, allowing you to program beats in true drum machine style.

It's pretty straightforward and transparent but definitely adds a new slant to programming your beats in Cubase. It comes with loads of preset patterns and the ability to switch between patterns easily using keys on your MIDI keyboard. 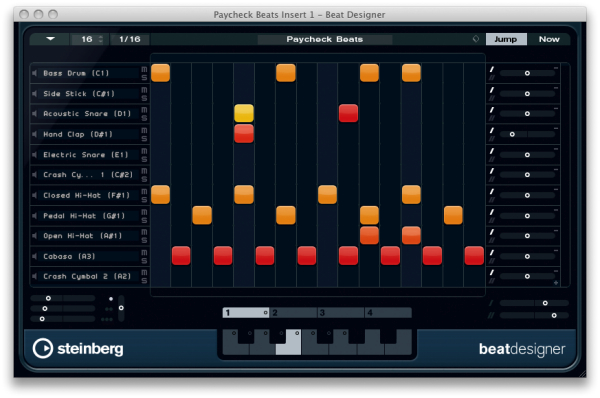 Most DAWs only provide pretty basic pitch correction tools as standard, if any at all. Steinberg are set to up the ante here with a couple of really tasty pitch based tools. For many this will be one of the most important updates of the lot.

One of the two pitch based updates is called 'VariAudio' and is going to prove extremely useful to Cubase users who work with vocals a lot. It is built right into the sample editor and allows the user to edit monophonic audio performances in a very similar way to MIDI. 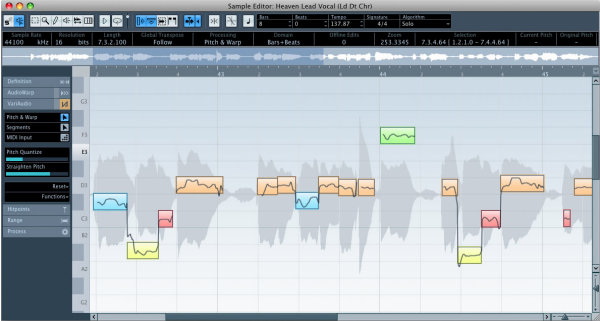 Timing pitch and length can be easily edited by moving colored blocks. The pitch and timing of each section can be quantized as can the pitch of an entire part. Other elements such as vibrato and glide can also be transformed with a few clicks. And all this takes place with next to no artifacts, so your original audio should be left pretty much intact.

Honestly, the whole thing looks amazingly similar to the successful Melodyne products, so this may not be as ground breaking as you may think — but the fact it is built right into the audio editor is the impressive part, and this could become an essential tool for a lot of users. Now all we need is for the other DAW manufacturers to follow suit.

The second pitch based update is a new VST3 plug-in called 'PitchCorrect'. This is not miles away from pitch correction plug-ins in other DAWs or some third party products you may already own. Saying that, it is a nice processor with a slick interface and an impressive sound. The algorithm is based on Yamaha's 'Pitchfix' technology. 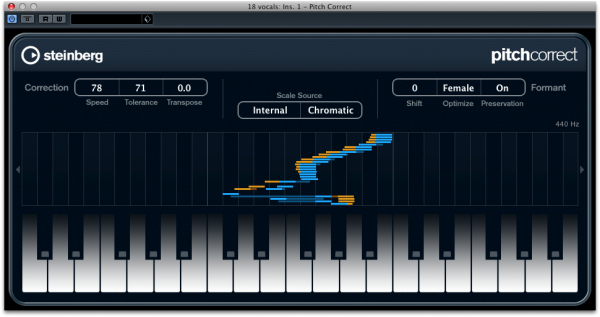 Although the algorithm based 'Roomworks' plug-in was a breath of fresh air to many users, a lot of people have been in need of a high quality convolution reverb for some time. REVerence could very well be the answer to your prayers if this was on your wish-list.

REVerence boasts 70 fresh convolution impulses and realistic natural space simulation from small rooms to huge outdoor environments. This can all be done in stereo or full surround flavors. As you can see the interface is really impressive and shows a picture of the location the impulse was recorded and also gives you a read out of the waveform data. 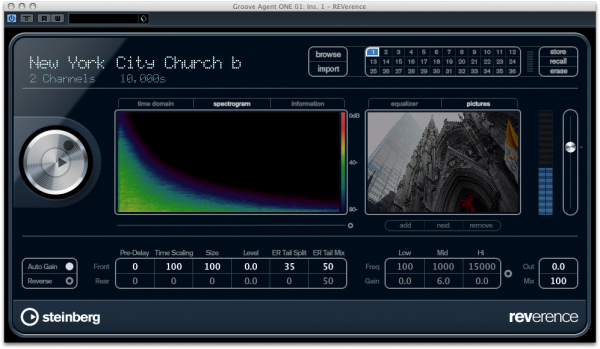 The way Cubase 5 handles automation has been updated with a new automation control panel. This allows intricate control over every aspect of your automation recordings and allows the user to lock certain parameters from being changed. This should prove to be very useful when dealing with high track counts.

The MediaBay section of Cubase also gets a boost with improvements to its search filter, write protection system and the way search results are displayed.

These are just some of the key elements that have been updated and there are a huge number of other improvements in Cubase 5. Some other interesting things to mention are the upcoming 64 bit version of the application for OS X, and support for Vista's new WASAPI super low-latency audio driver technology. All of these things should certainly make Cubase 5 a contender for one of the best DAWs of 2009.