"In modern recording one of the biggest problems is that you're in a world of endless possibilities. So I try to close down possibilities early on. I limit choices. I confine people to a small area of maneuver. There's a reason that guitar players invariably produce more interesting music than synthesizer players: you can go through the options on a guitar in about a minute, after that you have to start making aesthetic and stylistic decisions. This computer can contain a thousand synths, each with a thousand sounds. I try to provide constraints for people."
- Brian Eno 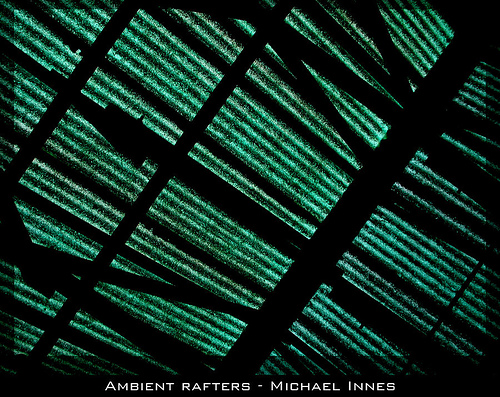 I've been thinking a lot lately about limitations and possibilities in relation to composing. Using computers and software packages such as Logic, Cubase, Sonar, or Reason, our musical possibilities are nearly endless. Even so, I often find myself sitting in front of my workstation, clicking through hundreds of synth or sampler presets rather than actually writing music.

The great ambient and minimalist composers of our time clearly understand the potential pitfalls of our nearly limitless options. Their solution is to attempt to create with less - to create a complete musical world in any given moment, but to do so under a specific set of rules or restrictions. Those rules and restrictions can vary widely from composer to composer, but fortunately for us, using any one of their techniques can be helpful for nearly any style of music.

In this tutorial, we'll examine a few simple techniques you can use when composing music - whether ambient, minimalist, or even rock or pop. Any artist can benefit from learning these techniques, and applying them to get through writer's block, to challenge their creativity in new ways, or to simply refine and practice their various skills.

As Brian Eno noted in the quote above, limiting choices can be a quick and easy way to force a new perspective on composing. By reducing possibilities, you necessitate thinking within a smaller area. When you're confined to a smaller set of possibilities, you must examine all the unconscious choices you might normally make when writing a given track. 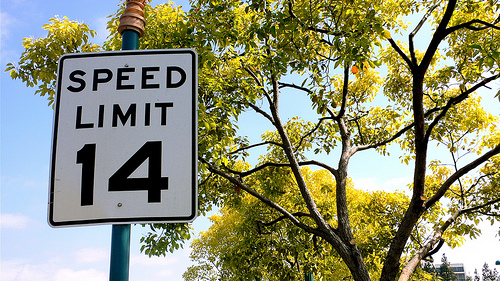 One powerful way to impose limits is to change your composing software. For example, for some of my new tunes, I'm using GarageBand - not because I think it is necessarily the best tool for the job, but rather because it already presents me with a more limited set of choices as far as sound creation and manipulation is concerned. While Logic is my primary DAW, the vast array of features and sonic possibilities can sometimes be an embarrassment of riches. Using GarageBand here requires that I make choices about performing, recording, editing and processing, within a different, smaller set of possibilities.

As you begin to experiment with techniques like these, you'll find many of them are uncomfortable and simply don't feel 'right' for your composing style. This is a good thing! That discomfort means that you are beginning to develop musical-muscles you've not used before. When we've been lazy and not exercised in awhile, we find our muscles and joints tend to resist (or protest) when we finally decide to go out for a run. Just so, our musical fitness is limited to the muscles we use or don't use - so workout using the full range of your capabilities. I guarantee you'll be surprised by the results.

With the ease and power of our DAWs, softsynths, and samplers, many of us get stuck in the land of the synthetic. A powerful way of breathing new life into our musical compositions is to require that we 'go organic' and use more (or exclusively) organic sounds.

Incorporating organic sounds can mean a lot of different things, so let's look at some possibilities.

You might say to yourself, "I make the kind of music I make, and I'm not interested in making something different." Again - consider this as a form of 'practice', much like playing scales or learning new rhythms - and a means of flexing your musical muscles. learn to play with contrast, within a song, and with songs on the whole.

With techniques like this, it is important not to get caught up in the aesthetic - don't worry too much about how the final product sounds or if anyone will like it. This is a practice - so take it as such. Play with extreme contrasts in volume, in texture and timbre. Compose a song where every track uses some form of heavy distortion. Alternatively, compose a track where every sound has a drawn out and soft attack. Then experiment with juxtaposing those two elements within the same song.

One of my favorite examples of this technique is used to great effect by Peter Gabriel in his song 'Darkness' from the 'Up' album. Note how dramatic the shift is from intro to verse - soft, muted arpeggio, followed by harsh distorted guitar. This technique repeats in the contrast from verse to chorus and bridge.

Trees, while generally not considered a 'mobile' thing, are rarely still. There is an inherent contrast between the looming solidity of a tree trunk, and the subtle wavering of the limbs, branches and leaves.

As composers, one of our most powerful allies in affecting emotion in our listeners is the power of dynamics. On the surface level, dynamics can simply refer to the apparent loudness or softness of a particular musical element. More generally, however, dynamics refer to the inherent stillness or motion within a given piece. This encompasses not only volume changes, but also tempo, attack, sustain, and the changes of a given element over time.

There are a vast number of ways we can play with motion and stillness in a song, but here are a few suggestions:

An excellent example of this technique can be found in Steve Roach's 'Fossil and Fern'.

Some styles of music thrive on setting up and delivering on musical expectation. For example, House and Trance music are especially effective in clubs and raves because they telegraph musical buildups and breakdowns to the listener. In this way, the listener has a certain expectation and they are rewarded when that expectation comes to pass, creating a kind of 'shared experience' as their dancing matches the music. 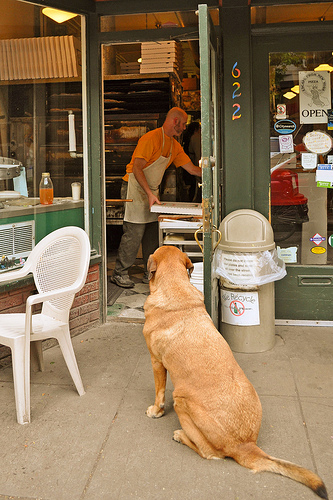 Sometimes, however, it is just as powerful to disrupt expectations in our music because it can cause the listener to sit up and take notice. Here are a few ways you can defy expectation in your music.

These techniques should be, first and foremost, considered 'exercises'. Think of them as weightlifting or calisthenics for your music. The end results from these practices may not necessarily always be the best musical choice for your final compositions. However, having an understanding of these techniques, and using them selectively to limit the endless possibilities you are faced with as a composer, can only aid you in your quest to write great music.

I hope this tutorial has been helpful, and that you'll take a few of these ideas and use them in your own work. If you do, I'd love to know how they worked for you - please let me know in the comments!