Using TouchOSC on the iPad to Control Logic Pro

Everyone loves to tweak their DAW parameters with a controller. Some of the best controllers consist of automated, touch sensitive hardware and they don't come cheap. Well if you are an iPad user or just in the market for a new control surface there might be a much cheaper alternative.

TouchOSC is not exactly brand new but it still remains news to a lot of musicians out there. This tutorial looks at how to hook it up to a Mac running Logic Pro 9 and what it can offer us once set up.

Installation of TouchOSC is pretty much as easy as any other iPad or iPhone app. Get yourself into the AppStore and enter it’s name into the search field. (Direct link.) Hit purchase, entire your password and you are more or less done.

No authentication, serials etc. needed, just a nice straight forward process. The AppStore may have its faults but it’s at times like this you just gotta love it!

With TouchOSC installed it’s time to start setting it up and the first step is connecting it to your host machine and software. TouchOSC actually works with a host of different apps, you should check the developer’s site for more info (hexler.net/software/touchosc) but in this case we are going to be concentrating on the iPad version with Logic Pro 9.1.4

Before you even open the app you’ll need to make sure your iPad is on the same network as the computer you intend to use it with. Doesn’t matter if it’s a desktop or laptop, as long as it resides on the same LAN you should be fine.

Now open the app, you’ll see the faders on the main page but for now just head straight for the settings area (via the small ‘i’ symbol). You’ll be presented with a few menu choices. One of these should say ‘Hosts found’, in this list you’ll see all suitable machines on your network.

Go ahead and choose the computer you want to use. Here you can see my Mac Pro was available on my network. This is the machine I chose and it was running Logic Pro at the time.

With the right computer selected and a project open in Logic Pro, you should see a small dialogue window appear telling you that a new control surface has been detected. It’ll ask if you want to add, you can click add at this point and you will be magically transported the control surface preference window! 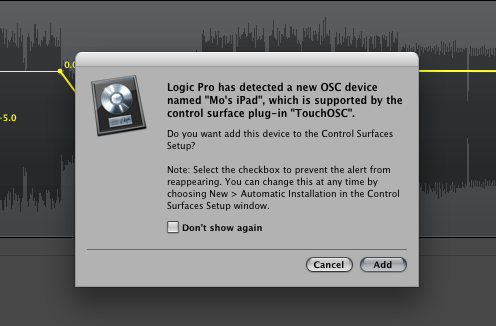 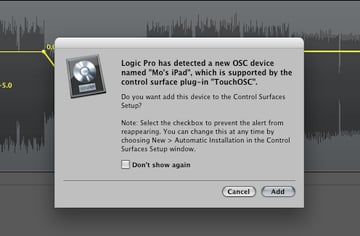 , The controller is recognised in Logic.

You should now see an iPad icon in the control window area, there is really no need to do anything here as the defaults seem to work just fine. You can shut this window and start to use the controller straight away. 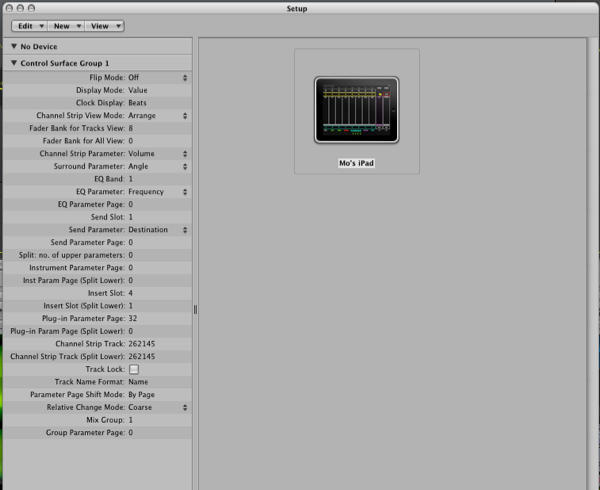 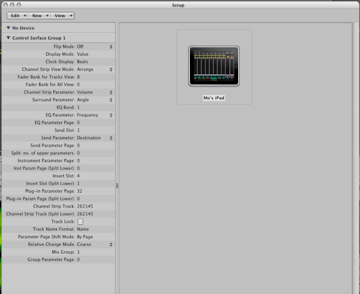 With the controller in place you are ready to go.

Once out of the preference and settings pages the first thing you’ll come to is the main mixer page. It’s a pretty simple affair but extremely useable. You can select, mute and solo any track in your mix. You can see the names of track and of course adjust any of the levels.

The main mixer page in action

There is also a handy transport area that gives you access to the usual play, rewind, fast forward, record and pause controls. You can also see your song position in either minutes and seconds or via a more technical SMPTE display.

The great thing about this controller is that it moves through your mixer as you select new tracks. So if you select a new instrument or audio track in Logic TouchOSC will elect the same track and nearest seven tracks around it. 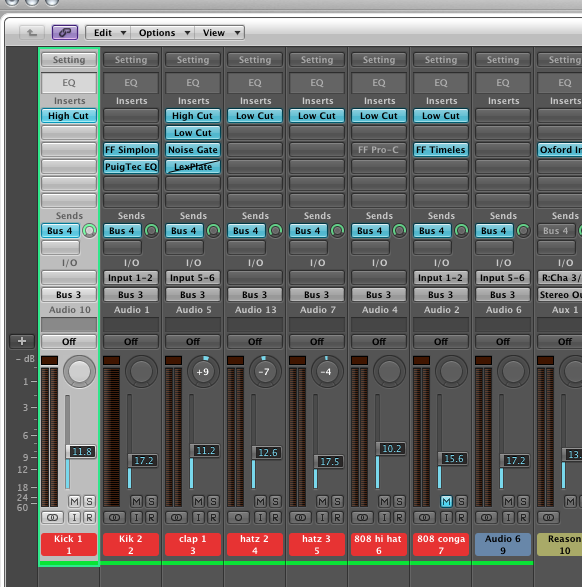 Step 5: The Other Screens

TouchOsc’s integration with Logic Pro goes much deeper than just the mixer controls and indeed further than most other controllers out there. I have used just about every controller out there including Mackie and Euphonix hardware and even they would have a hard time keeping up with this little app! 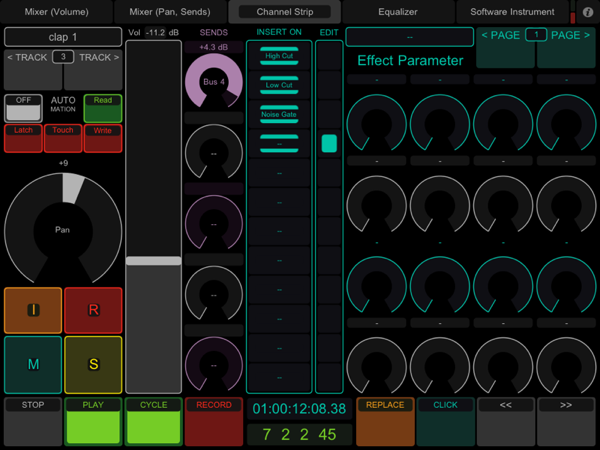 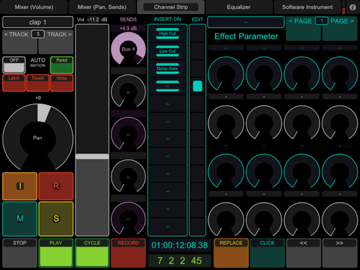 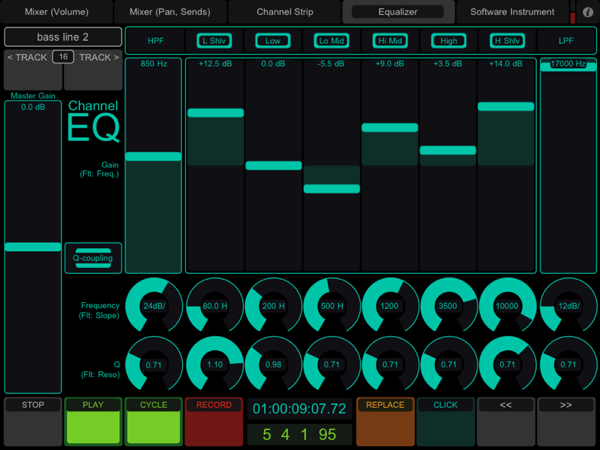 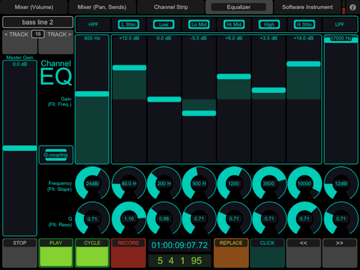 The EQ screen gives you an amazing amount of control 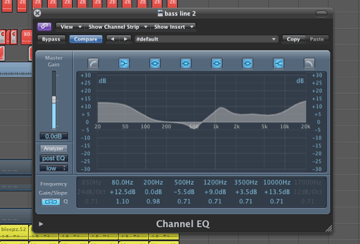 The same setting in Logic’s EQ

For the £2.99 I paid for this application I think it’s literally a steal, if you have own an iPad, an iPhone a supported DAW you should just buy this, no questions.

You can also control instrument plug-ins