As producing completely 'in the box' fast becomes the norm, it's essential we maximize the potential of our computer set up. Of course, improving our computer hardware and investing in new sample libraries is one way to do this—but another is to seamlessly wire together our applications using Rewire.

Rewire is often underestimated and in many cases goes unused. Using Rewire correctly can actually expand your sound palette, avoid unnecessary rendering and even add extra processing tools to your DAW. Let's take a look at how Rewire works, some of its history and a few situations we can use it in.

Rewire is a pretty impressive piece of software engineering, allowing MIDI, audio, transport commands and even instrument patches to be transferred between applications. Using the newest Rewire 2, an impressive 256 audio channels and 4080 midi channels, across 255 independent busses can be utilized. That's more channels than most of us need and certainly enough to handle even the most demanding projects.

Even though it works with cutting edge software applications, Rewire technology is in no way new and is in its tenth year of existence, having been introduced in 1998. Originally developed in a joint venture by Propellerheads and Steinberg, we first saw Rewire appear in the now discontinued (but classic) Rebirth software synthesizer. Since then the protocol has become an industry standard, with just about every major DAW manufacturer adopting it as their primary inter-application streaming method.

If the concept of 'Rewiring' applications still seems a little daunting to you just think of it as a virtual patch bay, with 'cables' between your audio apps. The real beauty of the system is the diverse types of data Rewire can carry, so sync, transport, midi and audio are all taken care of.

Even in its complexity Rewire is a really elegant protocol, with most of the routing taking place in a pretty invisible fashion, so all you have to take care of are a few basic control panels. 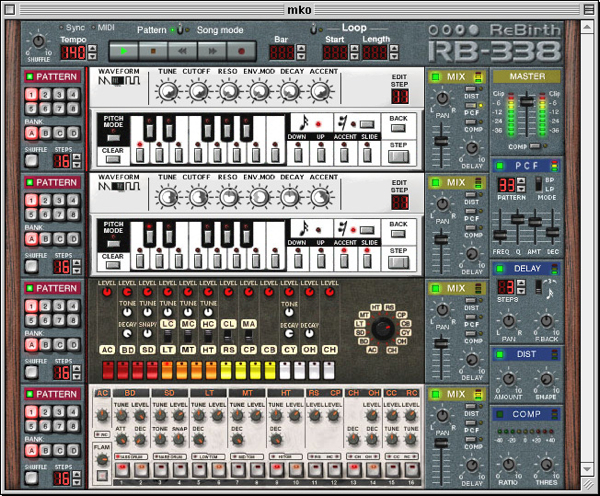 Rewire was first developed to link Rebirth to Cubase VST

Rewire and its relationship with most DAWs has really matured over the years. In most cases its integration and performance is rock solid. This pedigree also shows in the long list of applications that support Rewire out of the box. The bottom line is that if you own a major DAW it is very likely to speak the Rewire language.

The list of applications supported is a little long to list here, but you can check whether or not your software is by visiting this page on the Propellerheads site. The list also gives specific details as to which features are supported in each application.

It's worth mentioning that the slave/host system that Rewire uses at this point, as applications need to be opened in the correct order if things are going to work properly.

One application acts as the host or master, while the other is slaved to it. This means that the host's transport controls and BPM settings will apply to the slave, so if you hit play on the host the same will happen in the slave. Also audio is streamed from the slave to the host, so if you are trying to get audio from one application to another you need to decide in advance which is the host and which is the slave.

For an application to be used as a host it must be opened first. Any application opened after that will be treated as a Rewire slave. You are not limited to one application here and can open numerous different programs to act as Rewire slaves, but there can be only one host.

The Rewire panel in Cubase 5 running Reason as a slave

The main way Rewire is used is to expand the functionality of a piece of software. Let's say you are working in Cubase 5, and your track is coming along nicely but you want to quickly audition some loops you have warped in Ableton in real-time.

Of course you could import them one by one and re-analyze them using Cubase's system but this would take time and could slow up the creative process. Alternatively to harness the power of Ableton's elastic audio functions and to use our previously treated loops, we could simply use Ableton as a Rewire slave.

Once set up you can easily stream audio from anywhere in Ableton to any number of channels in Cubase 5's mixer. You now have the features of both pieces of software available in one session. 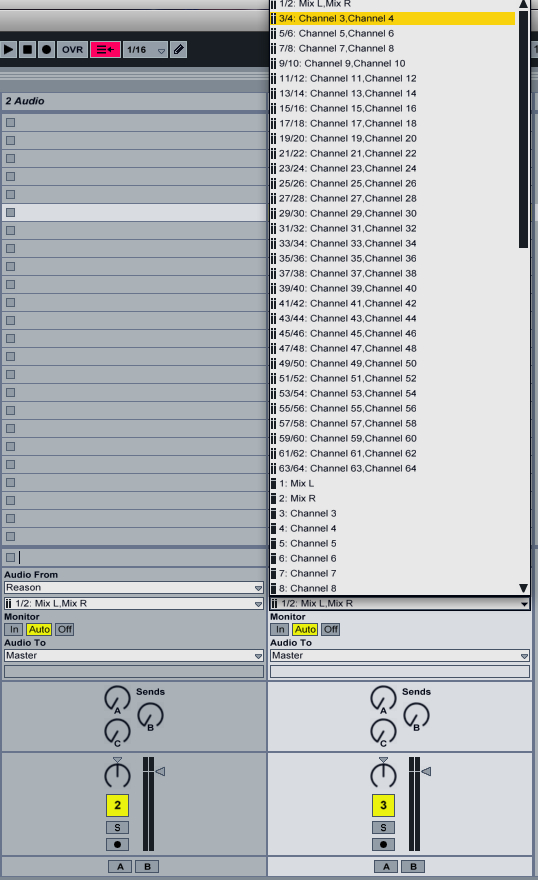 Ableton is capable of being both Rewire slave and host

Just as you may want to share features between DAWs, you may also want to use sounds or instruments to expand you current applications sonic palette.

Using Reason as a virtual rack of sound modules and synths is the perfect example of this. Reason is generally very light on your computers main CPU, so it can be a really wise move to use Reason's sound sources if you are looking to maximize your machines potential. Rewiring Reason to Cubase or Logic (for instance) can provide excellent results.

The mixing capabilities of the larger DAWs combined with the extensive instrument list in Reason makes a great combo, and remember any of these instruments can be sent to an individual Rewire channel for further processing.

Reason as a Rewire slave

Just as some people may want to tap into an application's instrument list whilst constructing a project, others may feel that they need extra mixing features when it comes to the mix-down and mastering stages. Rewire can really help in this area and if you're not already using it for this purpose, it may be just the thing you've been looking for.

Let's say you have completed an entire project in Reason or Ableton Live. You may feel you need extra mixing and automation capabilities, with more advanced routing options. While you may love Live's environment for creating music, Cubase, Logic, Digital Performer or Pro Tools could give you the edge when it comes to mixing your track.

It's simply a case of setting up Ableton Live as a Rewire Slave and sending as many independent channels as you need into your Rewire host. Of course, you don't have to send every single channel in your project separately, you could send them as groups. This can save time and still give the required results.

Once your mix is complete, the separate 'stems' coming into your Rewire host can be bounced for later use and both applications can be saved as usual for instant recall of your mixing session. 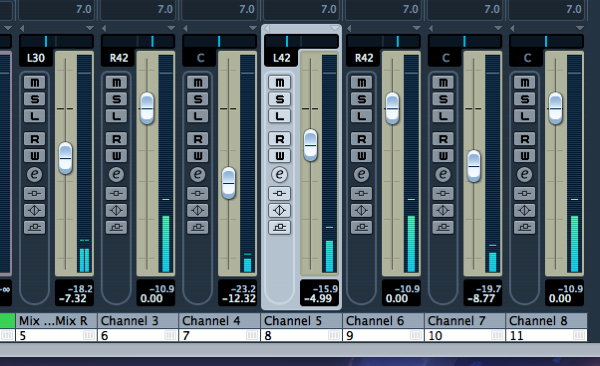 The routing on the Reason hardware interface

Another more unusual use for Rewire is as a vocal processor connection. Celemony's excellent Melodyne software and also Yamaha's Vocoloid can both be connected to hosts via Rewire.

Melodyne provides near perfect pitch correction and formant manipulation and although it comes in plug-in form, the stand-alone version offers a fuller feature set and a more complete interface. When used with a Rewire host the playback of any pitch corrected signals is perfectly synced with your host's clock. This means you don't have to render your work immediately and any adjustments can be made on the fly. 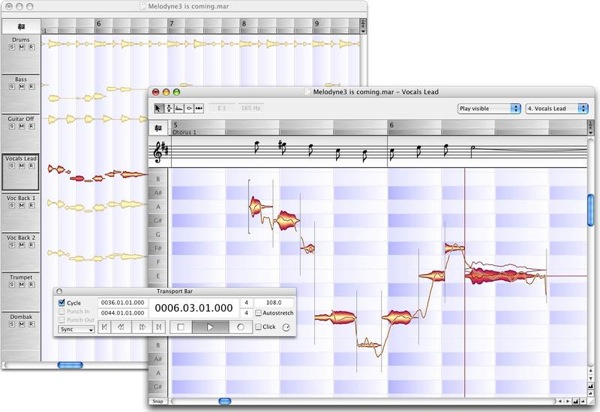 The excellent Melodyne studio can used as a Rewire slave

Mixing & MasteringLogic ProPro ToolsCubaseFL StudioAbleton LiveRewire
Did you find this post useful?
Yes No
Would you like to provide feedback (optional)?
Cancel Submit
Want a weekly email summary?
Subscribe below and we’ll send you a weekly email summary of all new Music & Audio tutorials. Never miss out on learning about the next big thing.
Sign up