When (And How) to Use an Under-Snare Microphone

Björgvin Benediktsson Dec 29, 2010
Read Time: 5 min
Audio ProductionDrums
This post is part of a series called How to Choose and Use Microphones.
Making Your Microphone Placement Work
Microphone Technique for Vocalists 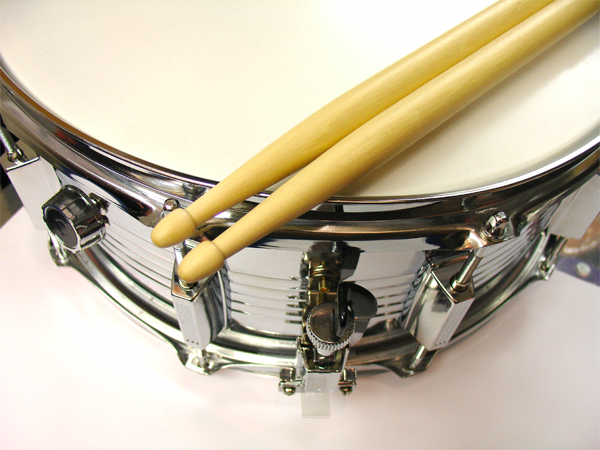 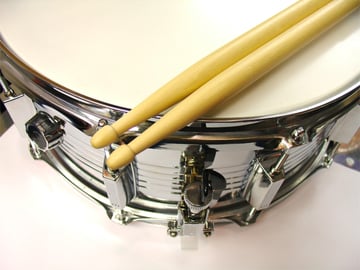 Why Point a Microphone Under There?

Snare drums have a distinct sound. However, most people recognize a snare drum sound from a distance. A microphone pointed directly at one from a few inches away will hear the snare quite differently than the average human being.

The combination of the attack on the topside along with the rattles of the snares creates that distinct snare drum whack we've all grown to know and love. Therefore, using two microphones can be beneficial in capturing the different sounds each side of the snare supplies. These two microphones combined with the overhead mics provide the overall snare sound in a natural sounding drum sound.

Since you don't have to worry about the drummer accidentally hitting the microphone like you would with the top mic, you can place it as close to the drum and at any angle you prefer. Place it like you would the top mic and listen to the result. A few listens to different positions will give you a good indication of what kind of sound you are looking for.

If you are using a condenser it's a good idea to place a -10 or -20 pad on the microphone so that it won't distort as easily. A heavy hitting drummer will definitely overdrive a condenser microphone very easily.

When using two different microphones for the same sound source, you inevitably run into phase problems. Without going into the issue of phase problems too much let me just say that you will most definitely have phase issues with two microphones pointing at each other with the snare drum in the middle. Luckily, it's a very easy problem to fix.

If you are recording with a mixer that has a phase switch you can just flip the switch on the under-snare microphone and forget all about it. If you are running your drum tracks into a computer your audio software probably has a way for you to “invert” the phase of your under-snare track. In Pro-Tools you can insert and EQ plug-in that has an invert phase switch and Logic Pro allows you to invert the phase in the Sample Editor. I touched upon this issues in my drum mixing article on Audiotuts a while back, An Effective Guide to Drum Mixing. 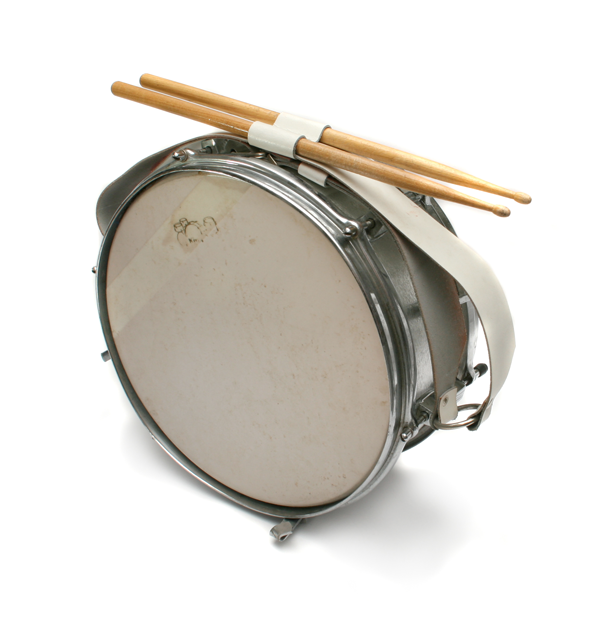 We never really hear the snare like the microphones hear the snare. The microphone is put very close to it and to put your ear in the same position and have your drummer hit the snare a few times would most certainly result in some short-term hearing loss. However, we can easily use microphones as substitutes for our ears. The following samples have a little EQ and compression on them as well as gates to take out the extra bleed from the drum-kit.

The microphone that's positioned over the snare picks up the thicker whack attack of the snare but not as much of the snare.

This microphone picks up all the rattle of the snares and not so much the attack of the drum. I find this sound pretty unappealing but it has its uses in conjunction with all the other elements.

When both the snares are at the same volume you can still hear the rattling of the snares overpowering the sound of the drum. Maybe some of you might like the sound of it but I feel like it needs to be leveled off a little bit.

I've pulled back the volume of the under-snare microphone a little bit and given the over-snare a little room to breathe. The attack comes through nicely but you can still hear the snares underneath giving the snare a fuller sound than using only either one of those microphones.

Snares Complete With the Kit

Both Microphones at the same level

Combining the top snare microphone alongside the under-snare microphone will result in a more recognizable snare sound. The top microphone usually captures the attack pretty well but does a poor job of capturing the snare rattles. Blending the two microphones together and adding them to the overhead sound will create that distinct snare drum sound we know and love.

Audio ProductionDrums
Did you find this post useful?
Yes No
Would you like to provide feedback (optional)?
Cancel Submit
Want a weekly email summary?
Subscribe below and we’ll send you a weekly email summary of all new Music & Audio tutorials. Never miss out on learning about the next big thing.
Sign up