11 of the Best Tutorials for Logic Pro

Logic is Apple's premiere digital audio workstation, and part of their Logic Studio pack. Last week’s article explored Logic's history and features. This week, we will learn how to use it.

Despite the fact that the software is only available on the Apple platform, it continues to increase in popularity. The Mac continues to be popular with many creative people. Logic tutorials seem to be breeding around the Internet like rabbits. Here are eleven of the best.

This article was previously published on the AudioJungle blog, which has moved on to a new format in 2010. We'll be bringing you an article from the AudioJungle archives each week.

The tutorials come from Apple, Youtube and Audiotuts+. As Logic Pro version 9 has only recently come onto the market, many of the best tutorials still cover Logic Pro 8.

Apple's Logic user manual is a great place to start. You can access the manual by selecting Help / Logic Pro Help from the program, or read it online here. It is a comprehensive document that describes the Logic Pro interface, commands, and menus and gives step-by-step instructions for creating Logic Pro projects and for accomplishing specific tasks. It is written for users of all levels of experience.

Apple have been hard at work creating brief but detailed video tutorials for their software, including Logic Pro. These form a worthwhile (though brief) introduction to Logic and its features.

Whether you're new to Logic Pro, or wondering what's in the newly released version, this fourteen minute preview will show you what you want to know.

A video tutorial from Future Producers Magazine that shows you how to get started with Logic. Though covering the previous version, this ten minute tutorial is still relevant.

Mr. Mig is a remixer, producer and songwriter, and shows you around Logic in this 20 minute video. 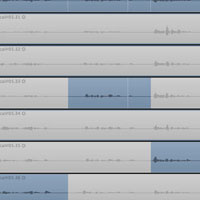 When tracking for your record, you may have to go through loads of takes to get that perfect track. In the old days this meant cutting up a lot of tape and pasting the right takes together — a time consuming and difficult effort. Now, in the world of wonderful digital technology, you can just cut, copy and paste to your heart’s desire, without having to worry about super-expensive tape that you could ruin with your next knife-cut. Who wants to become a surgeon when all you have to do is copy and paste?
END_OF_DOCUMENT_TOKEN_TO_BE_REPLACED

May 7th in Logic Pro, Production by Toby Pitman 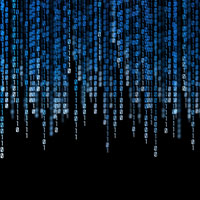 The Transformer object in the Environment is one of the most powerful tools Logic has to offer. With a little bit of MIDI know-how, it can become an incredibly powerful creative tool. In the second part of this Environment series we’re going to look at the basic concept of how the Transformer interprets and manipulates MIDI messages. Even if you don’t have Logic, there’s some useful information about MIDI as well.

END_OF_DOCUMENT_TOKEN_TO_BE_REPLACED 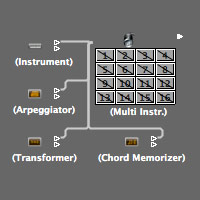 The Environment is the core of Logic. It can be the cause of a lot of confusion (and even fear!) for new and even more experienced Logic users. In the first of three tutorials that focus on the Environment I’m going to explain exactly what the Environment is and why it makes Logic the most flexible and advanced MIDI sequencing package on the market.

END_OF_DOCUMENT_TOKEN_TO_BE_REPLACED 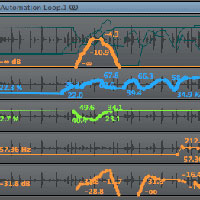 END_OF_DOCUMENT_TOKEN_TO_BE_REPLACED

10. How to Create a Custom Instrument with Logic’s EXS Sampler 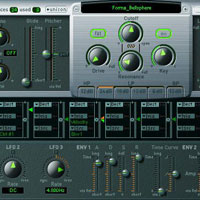 Creating custom sampled instruments using Logic’s EXS24 Software instruments that come jam packed with presets can be bittersweet; there are hundreds of ready-made sounds instantly available at your fingertips, but within months of an instrument’s release the patches become hackneyed and commonplace. What you may have thought was a unique and exciting instrument can soon become the very sound that makes your music feel just like everything else.

The solution is to develop your own unique voice using custom instruments, and thanks to Logic’s EXS24 Sampler it’s much easier to do than you might think.

END_OF_DOCUMENT_TOKEN_TO_BE_REPLACED 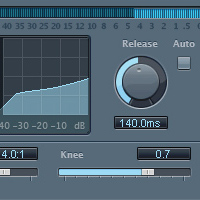 When it comes to processing a drum bus, parallel compression is a technique that produces great results on just about any DAW available. Of course, the technique required differs from one application to another. Mo Volans takes the Logical route….

END_OF_DOCUMENT_TOKEN_TO_BE_REPLACED

GeneralLogic Pro
Did you find this post useful?
Yes No
Would you like to provide feedback (optional)?
Cancel Submit
Want a weekly email summary?
Subscribe below and we’ll send you a weekly email summary of all new Music & Audio tutorials. Never miss out on learning about the next big thing.
Sign up

Adrian Try
Adrian is the Music & Audio Editor for Tuts+. He's been playing keys and acoustic guitar for three decades, and has six kids. Follow him on Twitter at @audiotuts.
Looking for something to help kick start your next project?
Envato Market has a range of items for sale to help get you started.